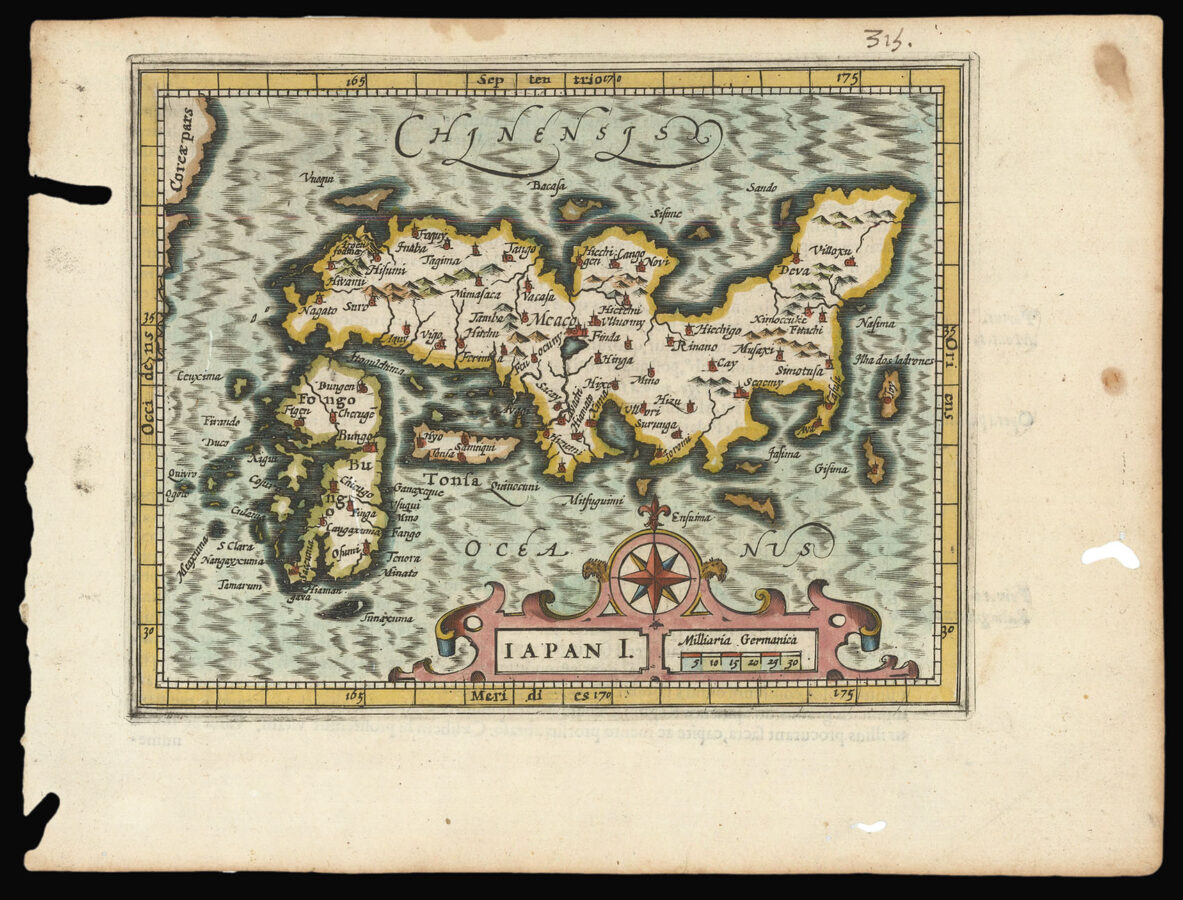 From the first pocket-size Mercator-Hondius atlas

The first state of this map of Japan, published in the first edition of Hondius’ ​‘Atlas Minor’, and copied from the map that appeared in the folio edition of the Mercator-Hondius atlas, although most of Korea is omitted and the bay of Suruga is significantly slimmer. This plate was used in further French, German and Latin editions until 1621. ​“Sometime after the edition of 1621 the plates were sold and taken to England where they were first used in the 1624 edition of ​‘Hakluytus Posthumus or Purchas His Pilgrimes’. As the plates were somewhat worn [by then], they were ​‘refreshed’ by re-engraving the lettering and hachuring of the seas” (Hubbard).