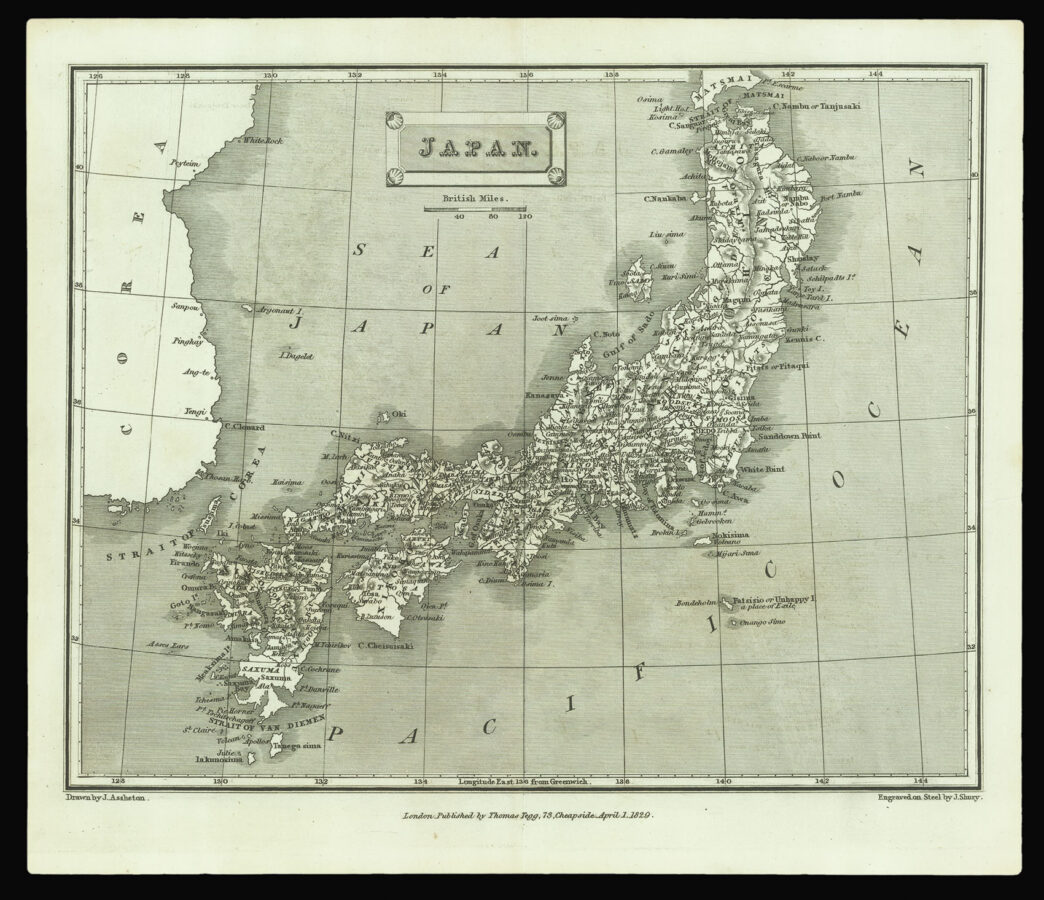 From the first edition of Thomas Tegg’s ​‘A London Encyclopaedia’

A map of Japan from the first edition of Thomas Tegg’s ​‘A London Encyclopaedia, or Universal Dictionary’.

The publisher, Thomas Tegg (1776–1845), began his publishing career as an apprentice to Alexander Meggett, a book-seller in Dalkeith. After an itinerant life selling chapbooks in Berwick, working for the editor of the Sheffield Register and travelling in Ireland and Wales, he moved to London in 1796. He found success in publishing pamphlets containing abridgements of popular works; he sold fifty thousand copies of a work on the life of Nelson after the Battle of Trafalgar. ​‘A London Encyclopedia’ was published twice in 22 volumes in 1829 and 1839.