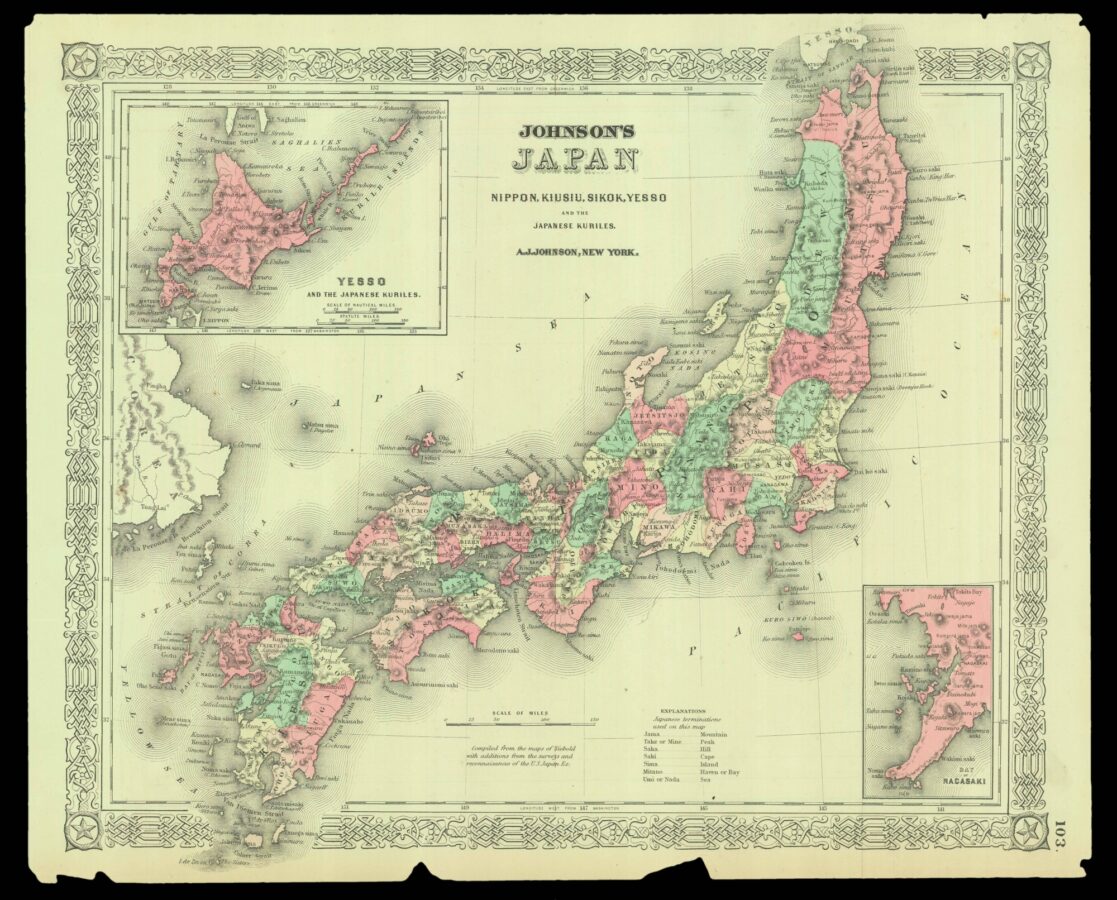 First published by Joseph Hutchins Colton in 1856 in ​‘Colton’s Atlas of the World’, the present map bears the imprint and name in the title of Alvin Jewett Johnson. It would appear that the cash-strapped Colton, in 1859, franchised his cartographic plates to Johnson, and his partner Ross C. Browning in return for some degree of financial support. The plates were later transfer to lithographic plates, by Johnson, in order to dramatically increase production.