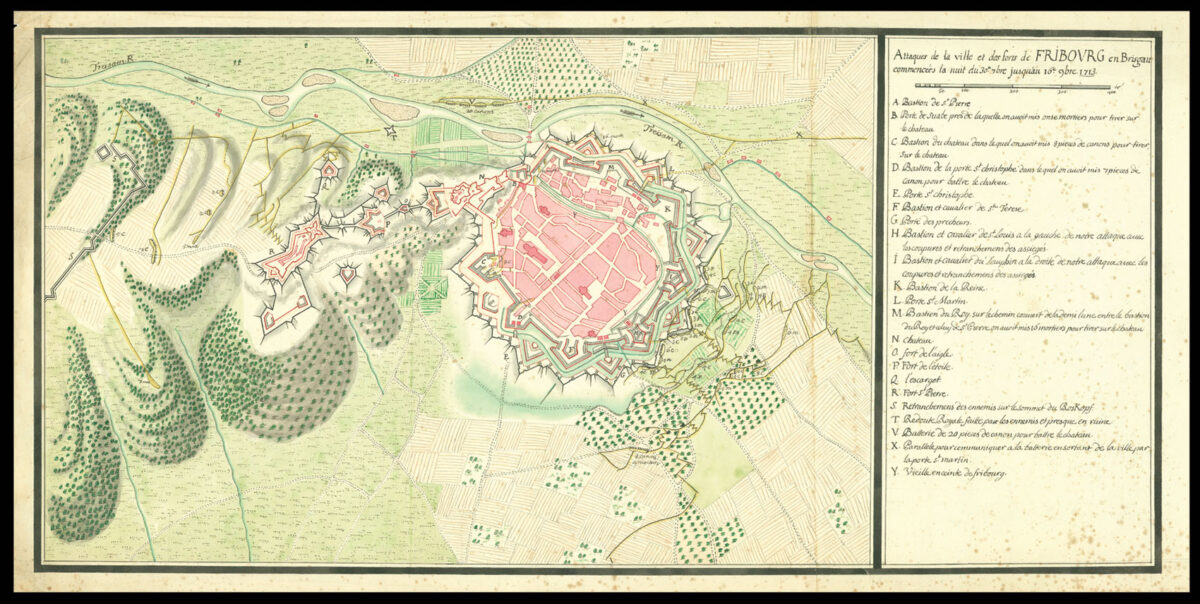 Highly finished, and skilled engineering plan of the siege of the fortress town of Friburg en Brisgau, in Germany, showing the siege of that place by French forces commanded by Marshal Villars in 1713. The conclusion of the siege marked the end of the campaigning season for 1713, and was really the last significant military event of the War of the Spanish Succession, with both sides already engaged in negotiations for peace.

This decorative manuscript, which highlights the defences of the places, as well as the siege works constructed by the besiegers, is typical of the high standard of plans created by French military engineers in the eighteenth century.