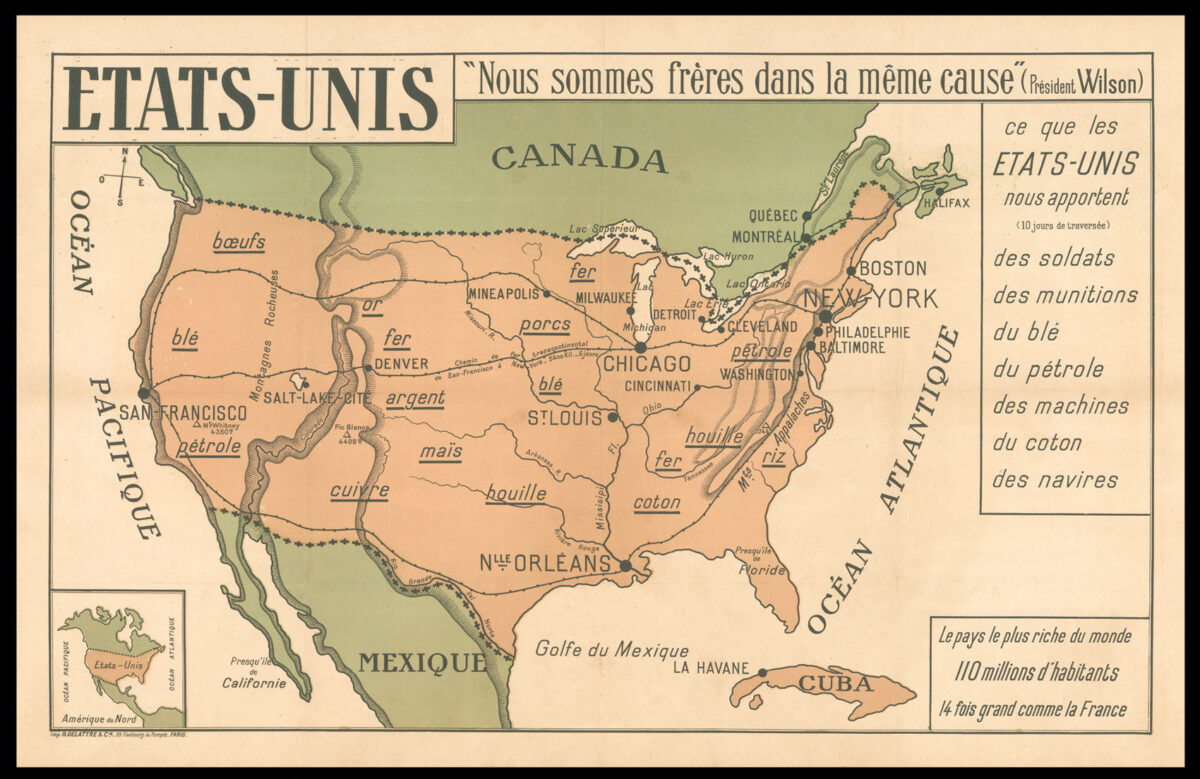 Prepared to encourage the French public that the United States had joined the war in support of the allies in 1917, the title notes President Woodrow Wilson’s statement that ​“We are brothers in the same cause,” after ending the policy of neutrality in early 1917.

The map identifies the production regions of the United States which could be helpful to France’s cause in World War I.

The map notes that the Americans, the richest country in the world with 110 Million inhabitants (14 times larger than France) and only a 10 day crossing of the Atlantic from France) were supplying soldiers, munitions, wheat, petroleum, machines, cotton and ships.

Perhaps most interesting is the annotation showing the Southern California was then a petroleum producing region of some importance.