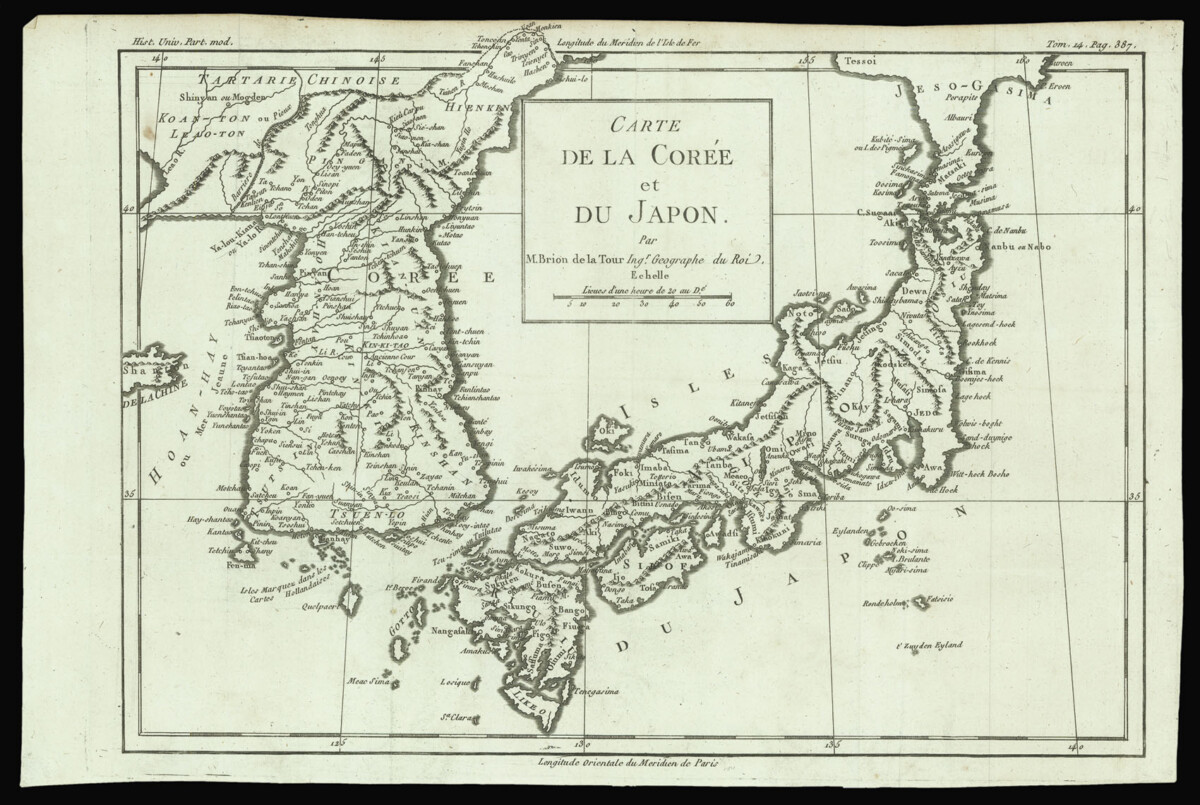 A map of Japan and Korea, showing the towns, rivers, mountains, islands and other major features of each, following the d’Anville map of 1732, by Louis Brion de la Tour (fl.1756–1803), a French geographer.

The map was included in the ​‘Histoire Moderne’ which was in turn bound in to the 54th volume of the ​‘Histoire Universelle, Depuis le Commencement du Monde’. It was published by Nicolas-Léger Moutard in 126 volumes between 1780–1783.

Louis Brion de la Tour (c1743-1803) was a French geographer and demographer. Extant record shows he achieved the title of ​‘Ingénieur Géographe du Roi’. Much of his work was done in partnership with Louis Charles Desnos, who was bookseller and geographical engineer for globes to the Danish Crown. He worked on the Indicateur fidèle ou guide des voyageurs, qui enseigne toutes les routes royales between 1762 and 1785. During his career he also worked on several atlases. By 1795, he had gained a pension from the National Assembly.