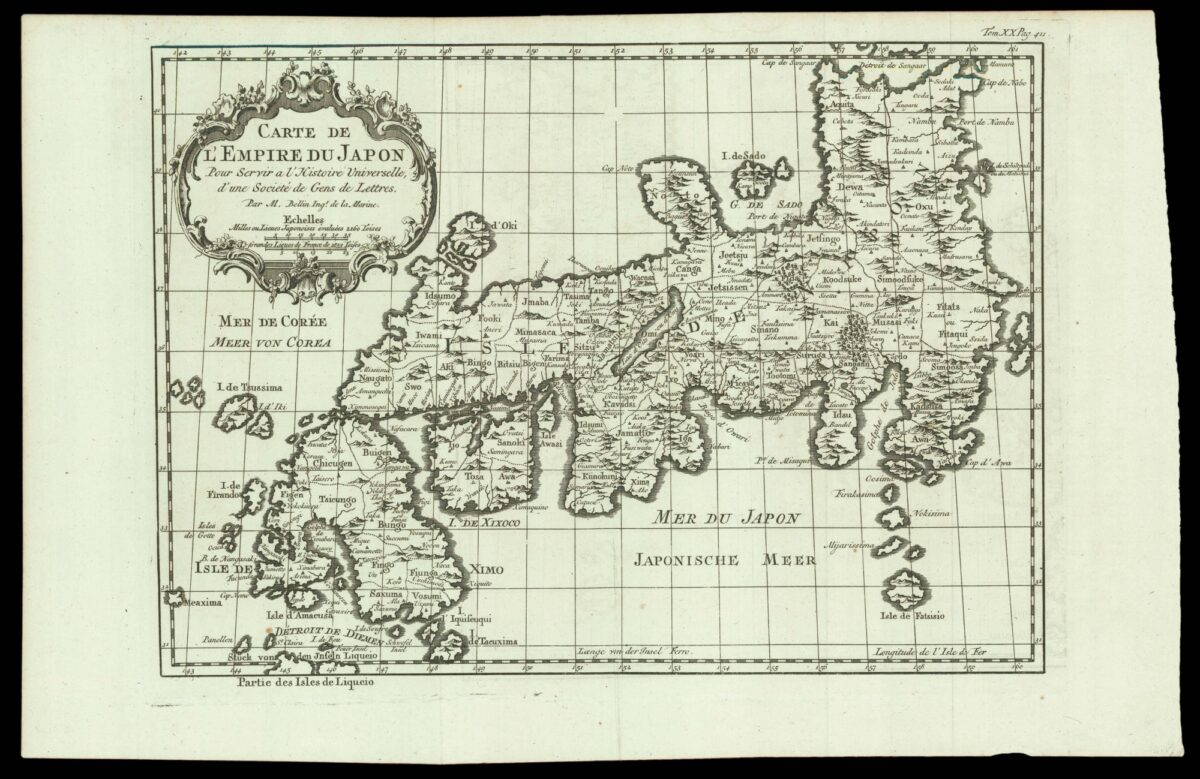 The second state of the map, first published in a German edition in 1753, then published as here in a later French edition, ​‘Histoire Universelle, Depuis Le Commencement du Monde, Jusqu’a Present; Traduite de L’Anglois’, 1763, of Prévost’s version of Thomas Astley’s ​‘A New General Collection of Voyages and Travels’, 1745, which eventually extended to 20 volumes and was published many times, over many years, and in many languages. The second state of the map is identifiable by the reference ​“Tom.XX Pag.411” at the upper right corner.

The map, by Bellin, is a reduced copy of that which he had produced in 1735 for inclusion in Charlevoix’s ​‘Histoire et Description Generale du Japon;…’, 1736. In order to use the same plate for their French-language version, publishers Arkstree & Merkus had it reworked by translating the title cartouche back into French and adding French titles above the German ones to major features such as the seas of Japan and Korea; or by substituting French for German; or by additn French below the German.

Prevost (1697–1763) became a novice Jesuit in 1713, but in a complete volte-face, joined the army 3 years later. In about 1720, he changed direction again, and joined the Benedictine order, only to escape it temporarily, to England, between 1728 and 1734. His output of fact and fiction, was prodigious, with Diderot and Brunet recording more than 200 volumes, put together with great haste.