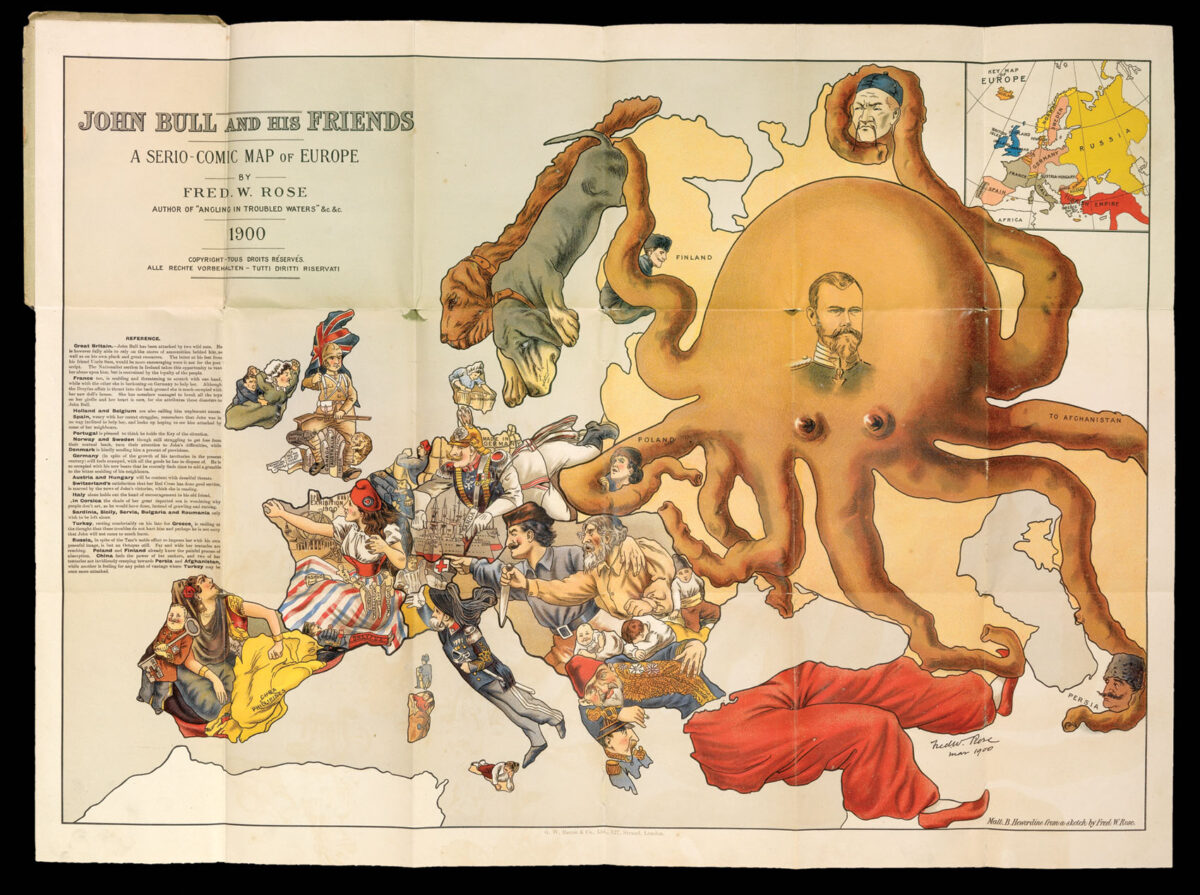 John Bull and his Friends A Serio-Comic Map of Europe, by Fred W. Rose Author of ​“Angling in Troubled Waters” &c. &c. 1900.

Satirical map of Europe at the dawn of the Twentieth Century.

A detailed reference key to the the left of the map provides an over view of the political situation in Europe at the time. Britain dressed in kakhi, is seen being bitten by two feral cats named Transvaal and Orange Free State — an illusion to the Boer War, her other colonies are depicted as artillery shells — ammunition for the fight. To her left Irish nationalism is shown throwing herself at England, only restrained by the ​“loyalty of the Irish people”. France, here as Marianne, has her colonies hanging from her belt as dismembered dolls, and Dreyfus lies at her feet. Belgium and Holland reproach Britain’s isolationist attitude, as does a weary Spain. Portugal holds a key named ​‘Delagoa Bay’, possibly the key port in Britain’s struggle with the Transvaal. Norway and Sweden are two dogs on the Russian leash, with buttermilk being sent by Denmark to Britain. Germany is depicted as a rather cramped Kaiser, eager to expand and use his new fleet of warships. Austro-Hungary sends empty threats Britain’s way, whilst Italy holds out a supporting hand. Switzerland reads of Britain’s travails, whilst glad that her Red Cross has been useful in the theatre of war. Turkey, the sick man of Europe, slumbers on Greece. Over the whole of the map looms the Russian Octopus, her tentacles stretching to reach Poland, Finland, China, Persia, Afganistan and Turkey. 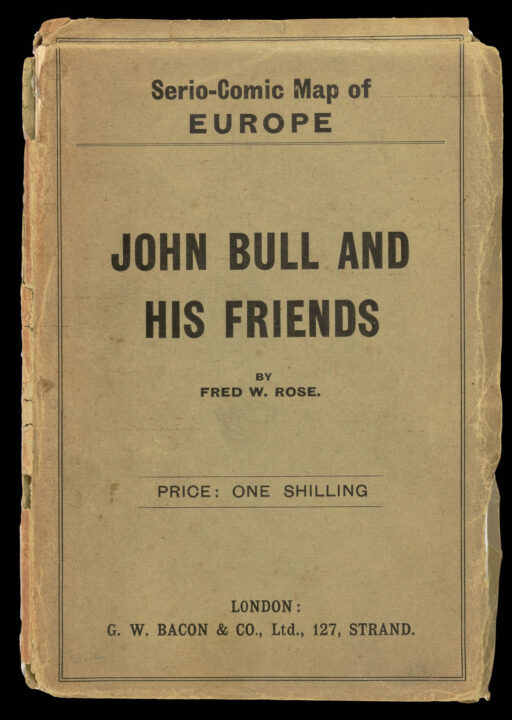 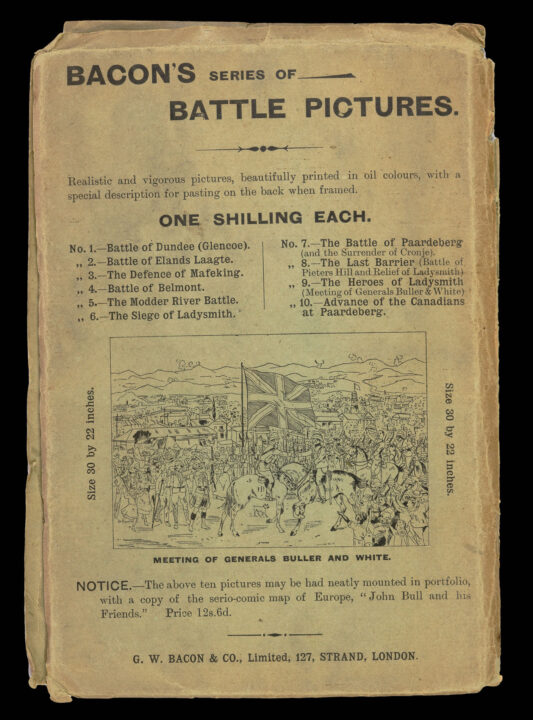