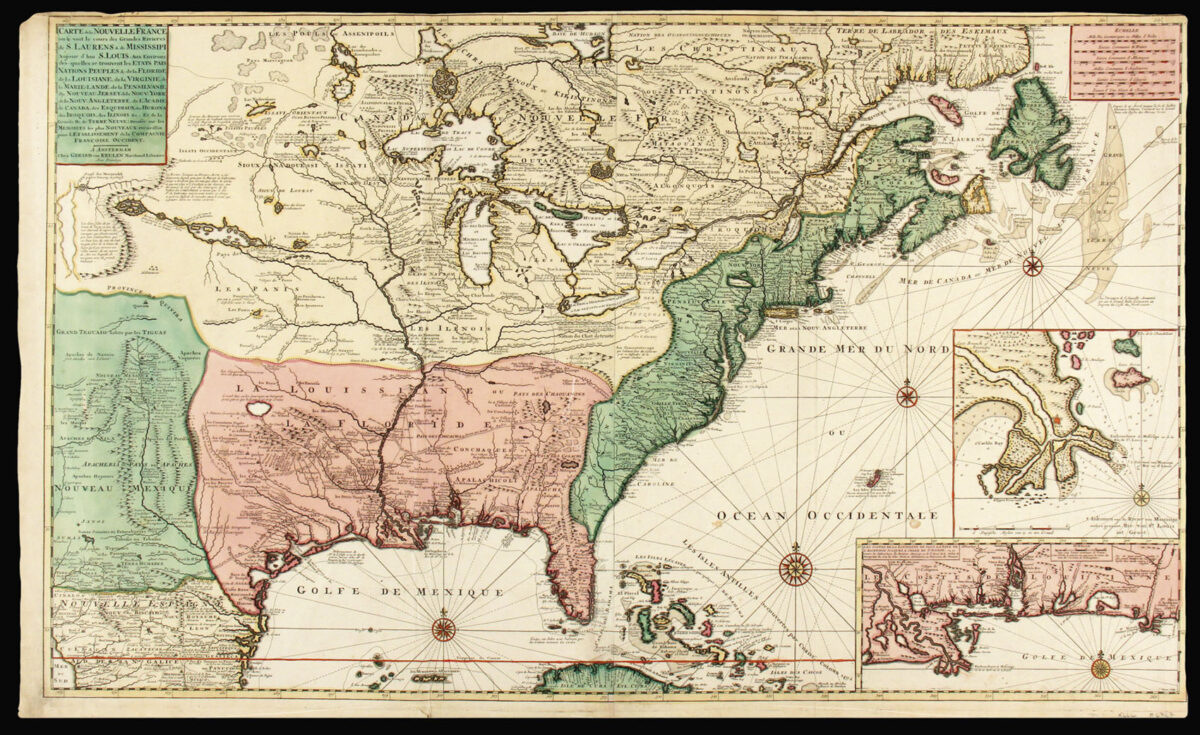 France’s claims to the New World

This is the first issue of a rare two sheet map published by Gerard Van Keulen, hydrographer of the Dutch East India Company, without the imprint of Van Keulen’s widow. Based on Nicolas De Fer’s rare 4‑sheet map of the French territories in North America.

Van Keulen’s map, first issued in 1720, is the earliest obtainable large format map and an impressive representation of the French claims in the New World at the height of France’s American empire. While less embellished, it faithfully follows De Fer’s original, including a reference to John Law’s French Company of the West (for whom it was prepared, with the addition of a large inset showing the mouth of the Mississippi River that includes Fort St. Louis.

De Fer’s map significantly updated cartographic information in a number of regions, including the Mississippi River, the Gulf Coast, and the Great Lakes. De Fer’s map was commissioned by John Law’s Compagnie d’accident (Company of the West) to demonstrate the
potential of French Louisiana. Law’s company had just received commercial rights to the vast territory. Moreover, De Fer’s map was the first printed map to incorporate information from Spanish manuscript charts, especially of the Gulf Coast and Great Lakes, as well as
crediting the most important French explorers and missionaries in America.

Like its predecessor, Van Keulen’s map was driven largely by commercial interests, only in this instance, the Dutch East
India Company.