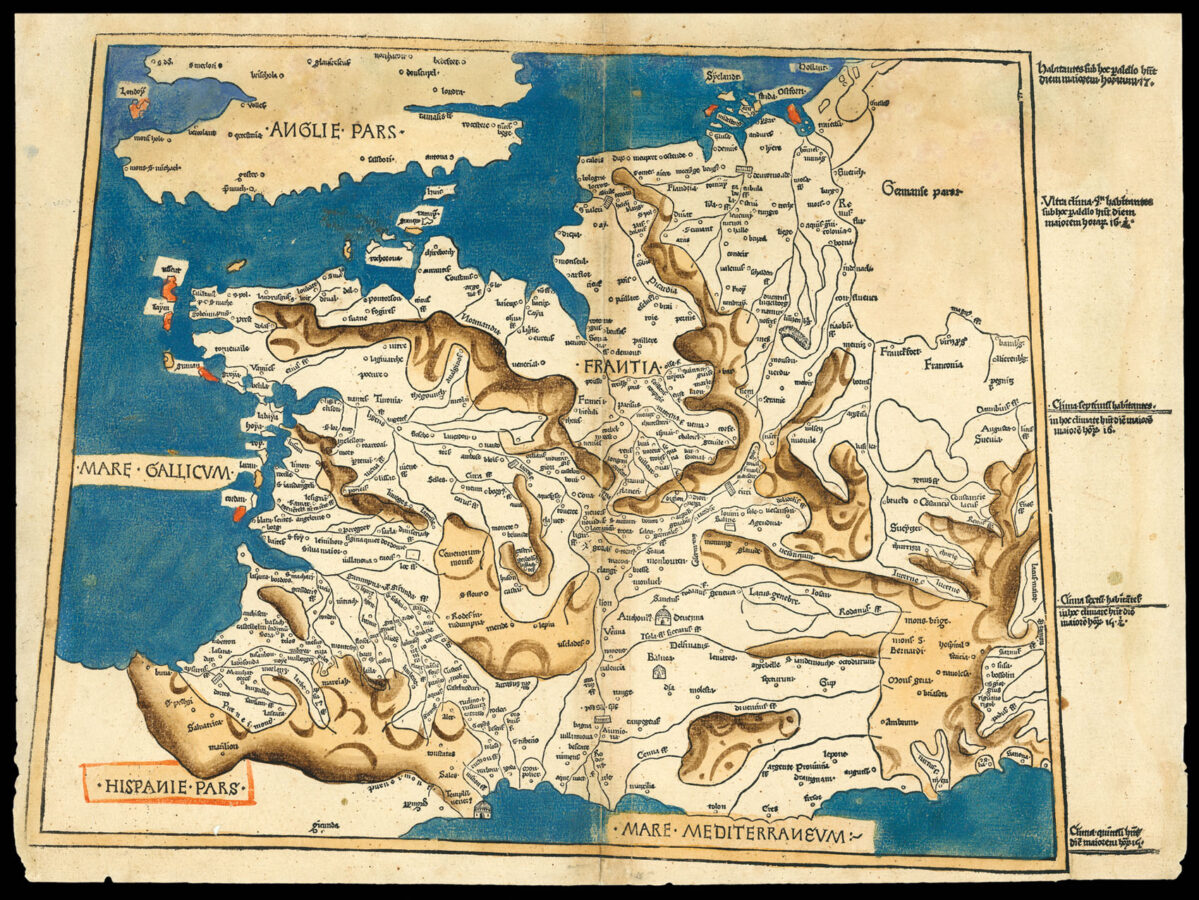 The map is one of the earliest obtained maps of ​“modern” France. The map shows mountains as braon caterpillars, rivers as thin black lines, with bridges depicted as keyboards! Cities are marked by a small circle, with major cities, most notably Avignon marked by a church. She is bounded by the river Rhine (“Renus flu.”) and the Alps to the east, and the Pyrenees to the south west. Above France southern England is shown with London (“Londra”) shown.