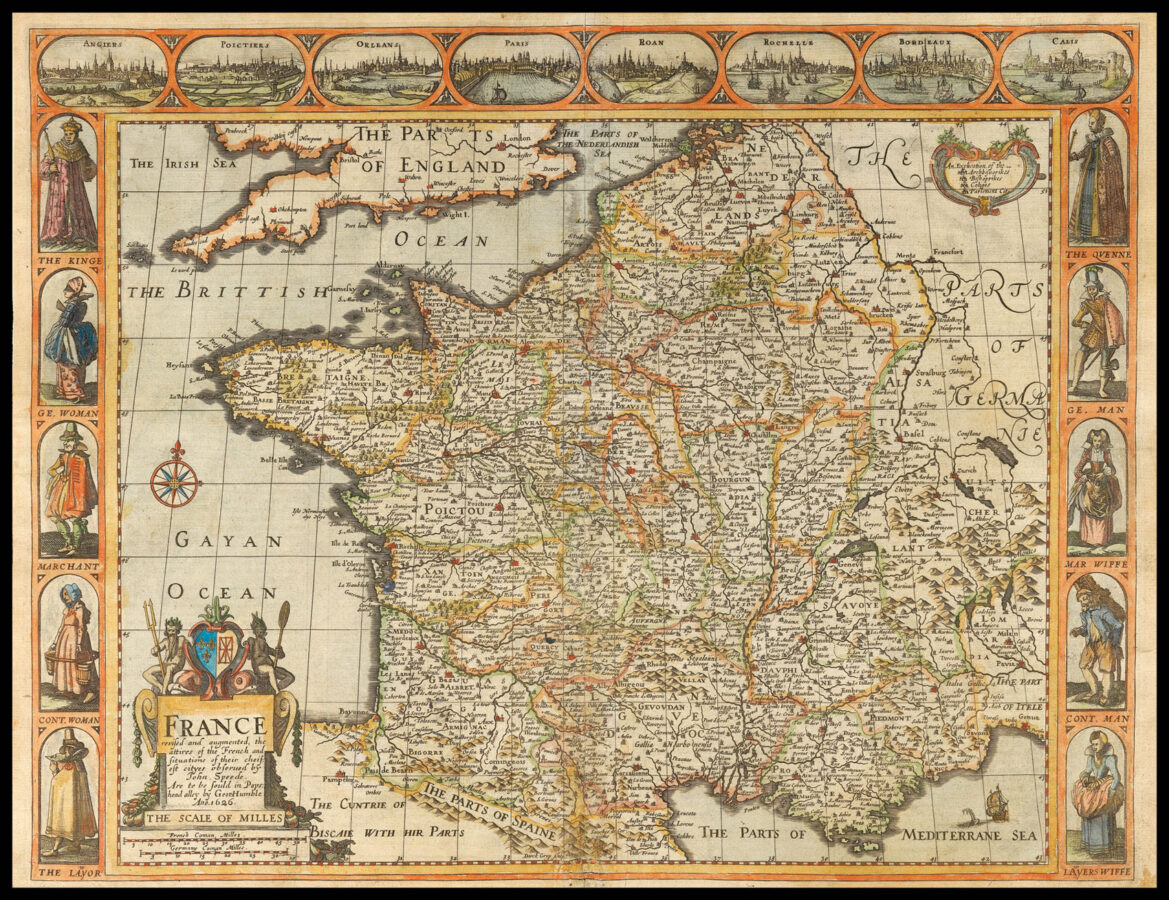 France France revised and augmented, the costumes of the French and situation of their cheifest cityes observed by John Speed

A map of France, with a decorative border showing the native costumes of different regions and views of principal cities.