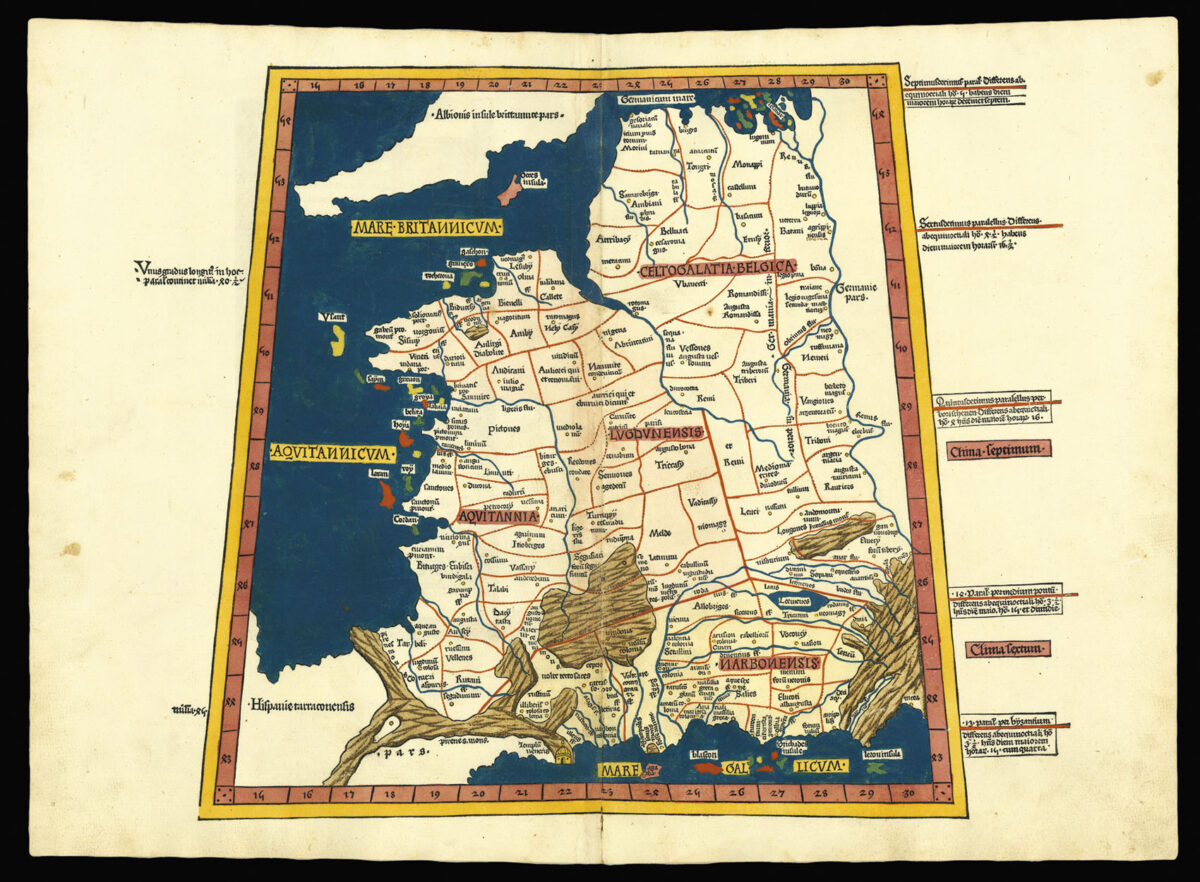 This striking map depicts Roman Gaul, as envisaged by the second century A.D, cartographer Claudius Ptolemaeus, and is one of the earliest obtainable prints maps of the area. All the Gallic provinces are named, including Aquitania, Belgica, Lugdunensis, and Narbonensis. Gaul is bounded by the river Rhine (“Renus flu.”) and the Alps to the east, and the Pyrenees to the south west.