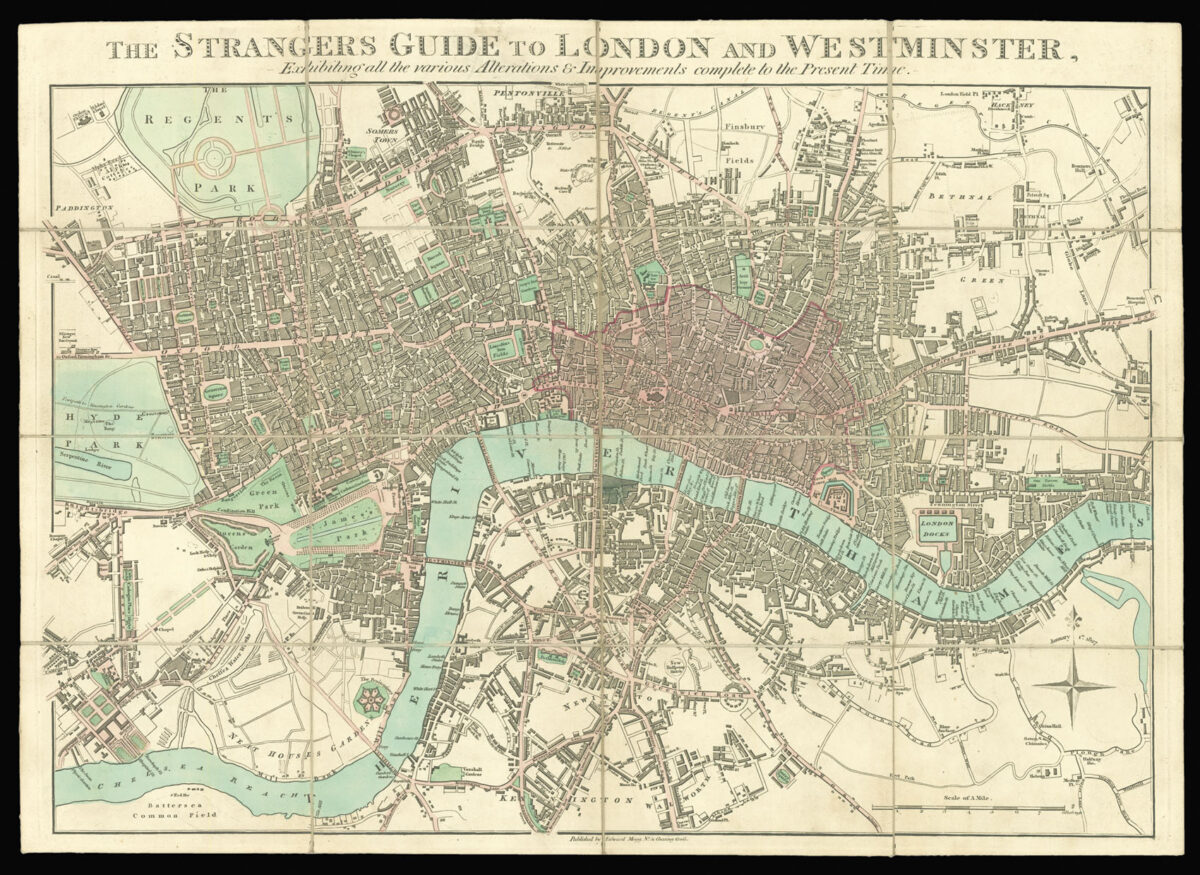 For the Stranger to late Georgian London

The Strangers Guide to London and Westminster exhibiting all the various Alterations & Improvements complete to the Present Time.

The plan shows the limits of the City of London in red; the sight of the Bethlem (or Bedlam) Hospital in St George’s Fields, which when opened in 1815 contained no glass in the windows due to the ​“disagreable effluvias peculiar to all madhouses”, although it was furnished with a library and a ballroom for the inmates. Also depicted is the gradual construction of Sir Robert Smirke’s remodelling of the British Museum. The building site was at the time one of the largest in Europe, the work taking some 25 years to complete.

Edward Mogg (fl.1803–1860) was a cartographer, engraver, and publisher, active in London at the beginning of the nineteenth century. Rather unusually for the time he not only drew his own maps, but also engraved them. The business was mainly based upon the production of pocket travel guides and maps.