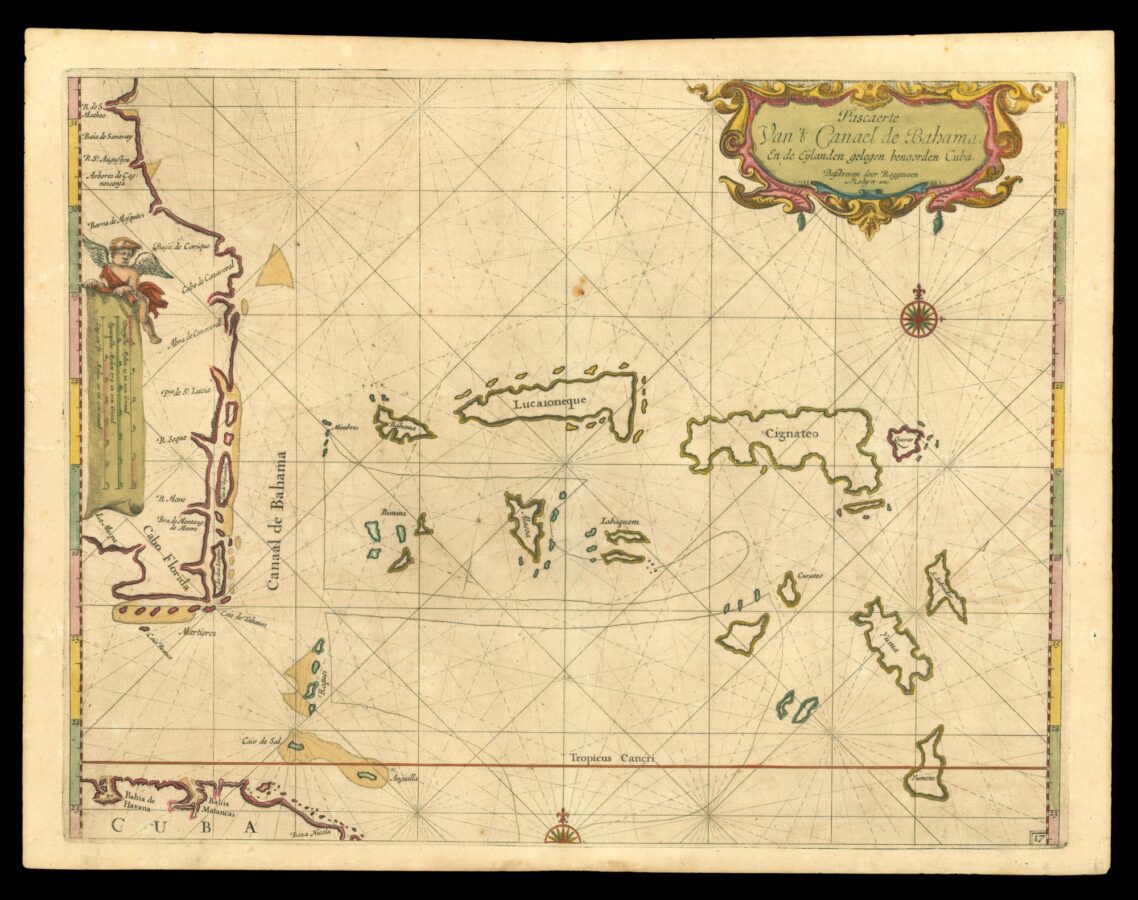 Florida and the Bahamas

​“One of the most important of Roggeveen’s charts, and the first Dutch one of the region. Through these waters passed the majority of Spain’s wealth from the New World. Its publication provided a hugely increased scale on all prior documents. It depicts the east coast of Florida from st Augustine southwards, and all of the Bahamas.” (Burden)