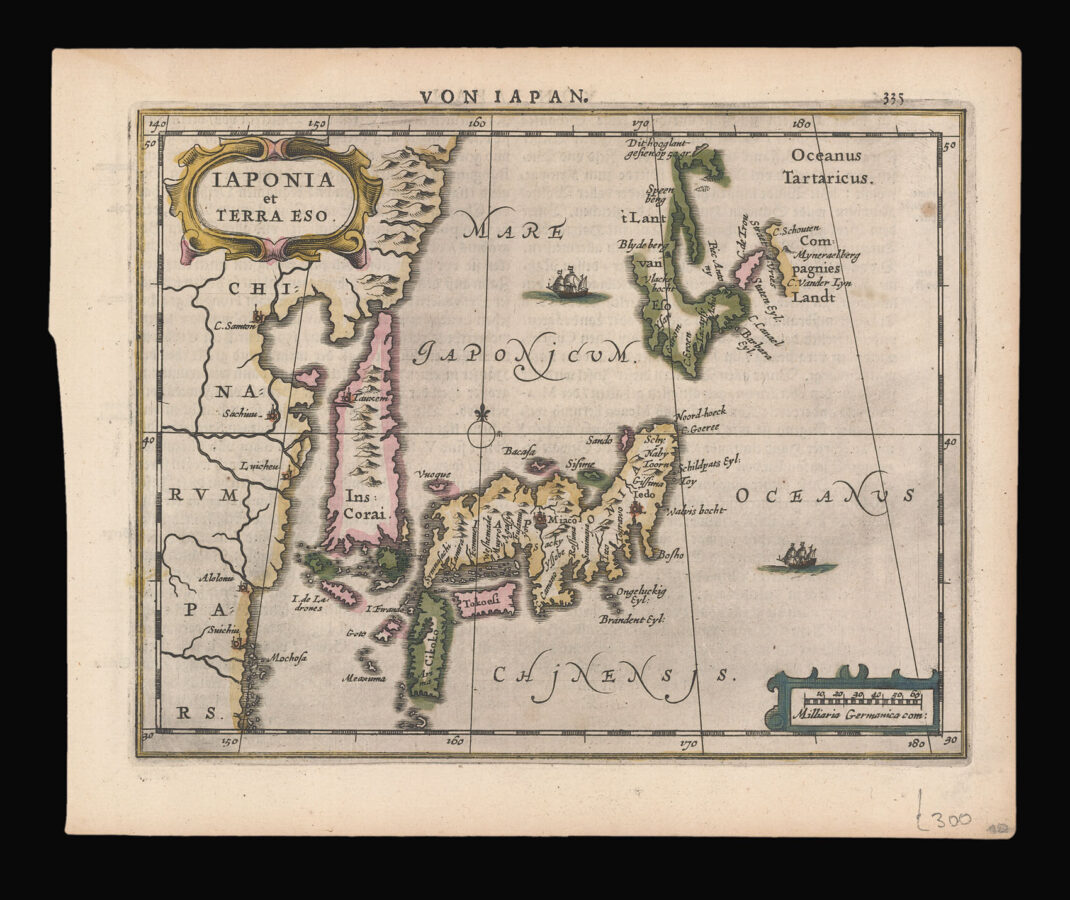 First state of the plate, published in Janssonius’ ​‘Atlas Minor’ in 1648. This plate replaces Petrus Kaerius’ map of 1628, which had begun to break from overuse. For this last edition of his ​‘Atlas Minor’, which was one of several reductions of the Mercator-Hondius atlas, Janssonius removed Mercator’s name from the title.

Based primarily on Willem Blaeu’s depiction of Japan on his map of China ​‘China Veteribus Sinarum Regio nunc Incolis Tame dicta’ and incorporating the incomplete information on Hokkaido (or ​”t Lant van Eso’) gathered by Maerten de Vries’ expedition of 1643. The map differs considerably from Dudley’s chart of 1647, also based on Blaeu, in that the island of Hokkaido is shown unconnected to the Chinese mainland, but with an incomplete western coastline. The depictions of ​‘Staten Eyl’ and ​‘Compagnies Landt’ are new.

Johannes Janssonius (1588–1664), was the son of a printer, publisher and bookseller from Arnhem with the same name. In 1612 he married Elizabeth Hondius, daughter of Jodocus Hondius I, and in the same year set up his own publishing house in Amsterdam. When Jodocus I died that same year he began helping Hondius’ widow with the continued publication of the Mercator — Hondius atlas. Both Hondius’ widow, Colette, as well as Hondius’ eldest son, Jodocus II, died in 1629; Janssonius therefore joined forces with Hondius’ younger son, Henricus, to revise the Mercator-Hondius atlas, the ​‘Atlus Novus’, from 1638.