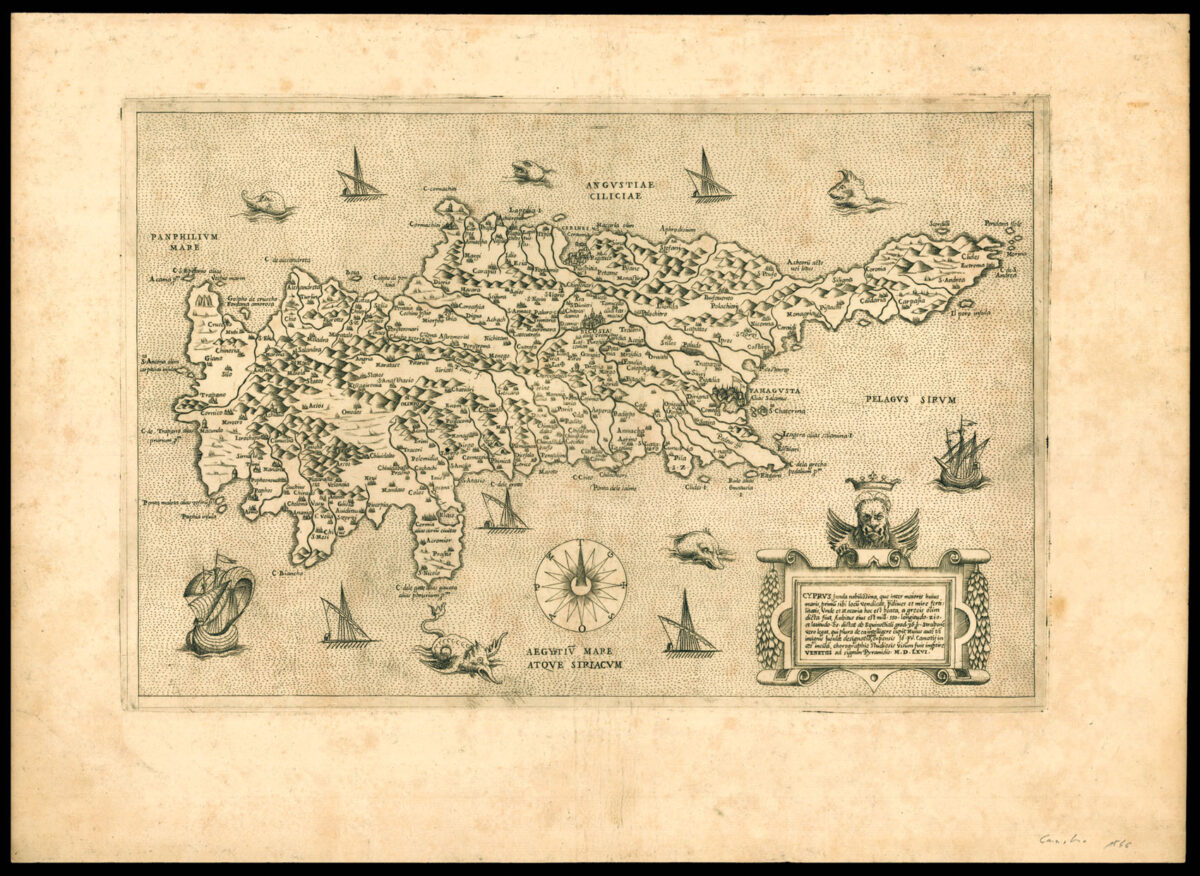 The first state of Camocio’s map of Cyprus. The map was published in Venice and signed by Camocio, and it appears to be a copy of the woodcut map drawn by Giovanni Domenico Zorzi and printed by Matteo Pagano in 1538. Camocio added the winged lion of St Mark to the cartouche, as well as the description within, and the many decorative elements in the sea. Woodward attributes the plate to Paolo Forlani. The map was reprinted a century after by Stefano Scolari.

There are eighteen institutional copies, all held in European and American institutions. We have traced two copies sold at auction: a defective copy with ​‘pink mould’ on the centrefold by Christies, Milan in 2004 for €8,432; and a clean copy by Paulus Swaen in 2007 for $30,240.