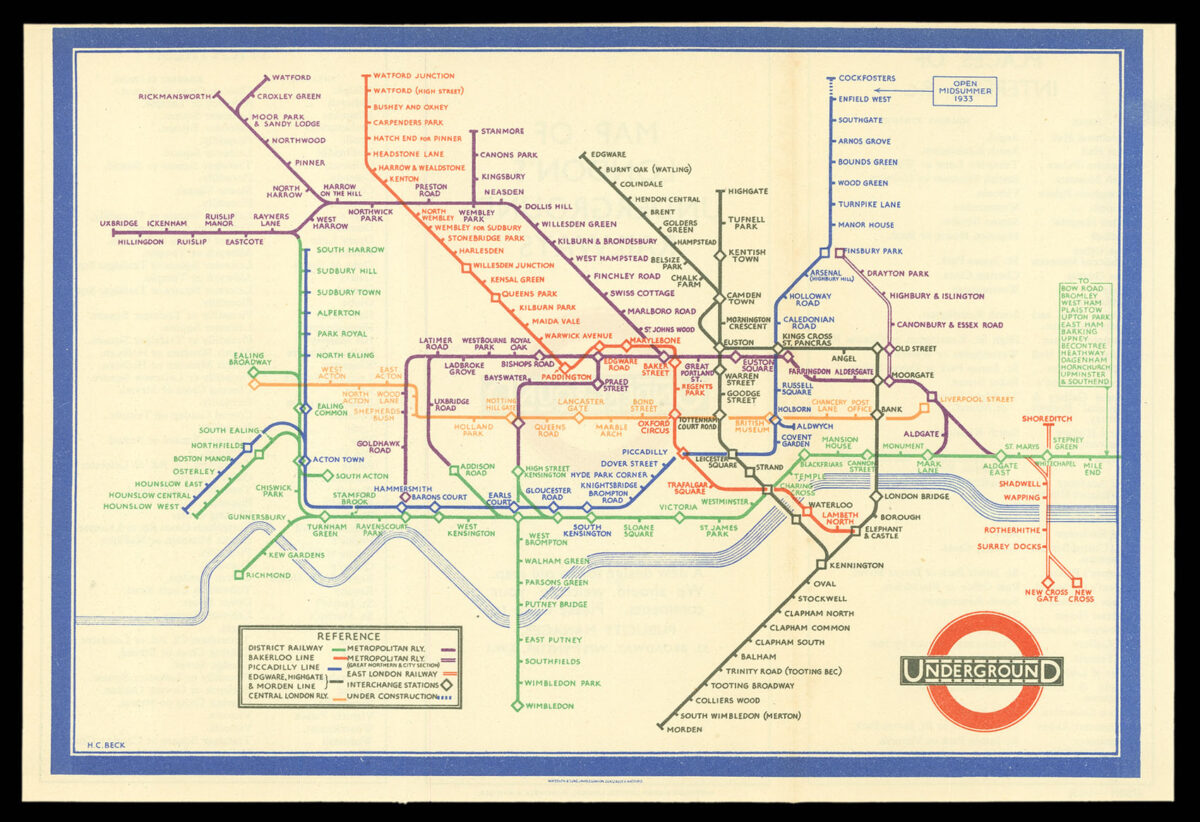 Map of London’s Underground Railways. A new design for an old map. We would welcome your comments. Please write to Publicity Manager, 55, Broadway, Westminster, S.W.1.

The present example is the first state of the map issued in January of 1933: the interchange stations are marked with a diamond; the Piccadilly Line is under construction between Enfield West and Cockfosters, due to be opened mid-summer of 1933. 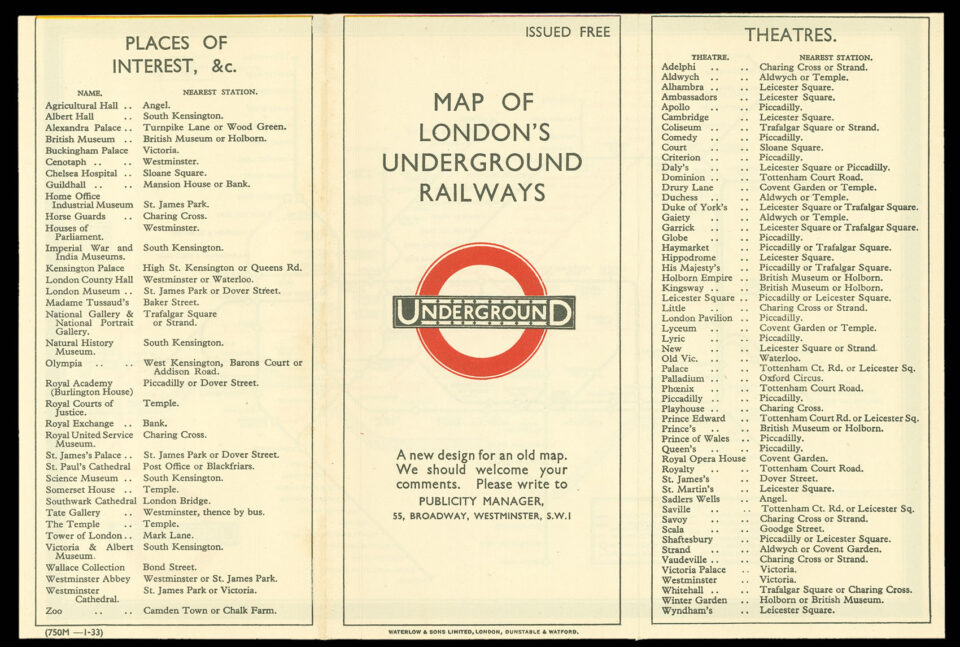