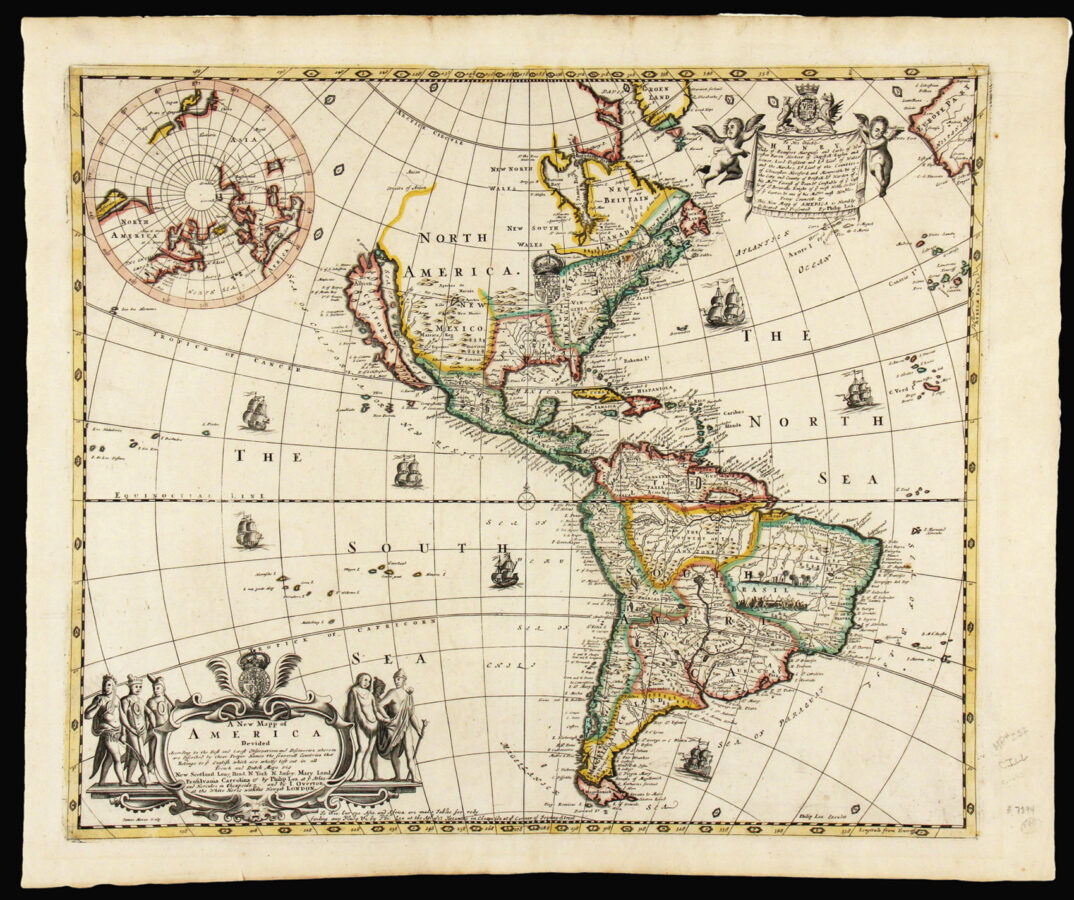 A New Mapp of America Devided According to the Best and latest Observations and Discoveries wherein are discribed by thear Proper Names the seaverall Countries that Belonge to ye English which are wholly left out in all French and Dutch Maps viz New Scotland, Long Island, N. York,
N. Jarsey, Maryland, Pensilvania, Carrolina etc.

Not only does this rare English map of America include the first appearance of Philadelphia on a printed map, it famously depicts California as an island. This is the second state of a frequently mis-catalogued map.

According to Taliaferro, this map was offered for sale as early as 1684 and that most likely, there are two states of the map, the later (as here) of the two adding an advertisement for maps of Africa, Asia and Europe.

This is the earliest appearance of Philadelphia on a printed map. Due to the changing English political landscape, the dedication to Henry, Duke of Beaufort, in a separate cartouche flanked by cherubs, makes it improbable that it was published after 1689. Henry was only a lukewarm supporter of the Glorious Revolution.

The map is richly embellished with ships, coats of arms and a second cartouche featuring native inhabitants; and reflects heightened interest in the English colonies as well as English place-names for much of the New World.