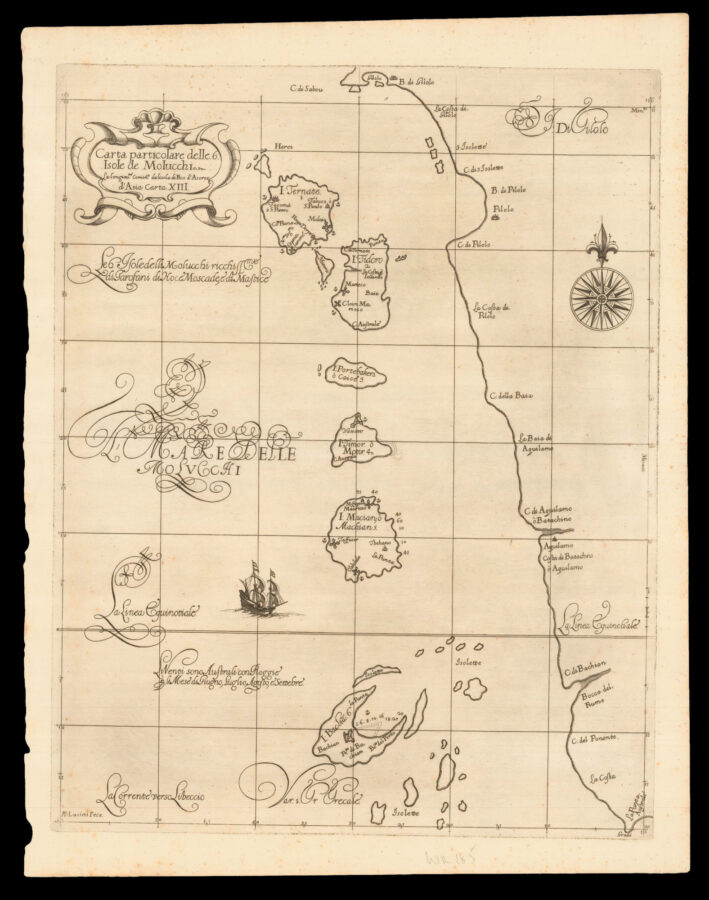 First large-scale map of the Spice Islands by an Englishman

Chart of the northern Maluku Islands, historically known as the Moluccas, or Spice Islands, showing coastal towns, and harbours. A very early chart of the area, by an Englishman, following that of Willem Blaeu’s ​‘Moluccæ insulæ celeberrimæ’ (1638), which was the first large-scale printed map of the islands. The west coast of the largest island in the group, Gilolo, present-day Halmahera, appears in the east. There are, in fact, hundreds of islands in the group, but only a very select group feature in the more than two-hundred years of colonial strife that was the European spice trade. Until the eighteenth century, these rain-forested islands were the only obtainable source of cloves, nutmeg, and mace.

Arab traders ​“introduced cloves to Europeans around the fourth century but sought to keep their sources secret. Their monopoly was broken by the Portuguese after Vasco da Gama’s voyage to India around the Cape of Good Hope in 1497. The Portuguese strengthened their stranglehold on the spice trade during the sixteenth century, when they found the central locus of the spices to be these islands. One of the native traditions was to plant a clove tree when a child was born, linking the child symbolically to the life of the tree. When the Dutch took over control of the Moluccas in the seventeenth century, they eradicated the clove trees from all the islands except Amboina (and a few adjacent islands) in order to enforce the spice’s scarcity, keeping prices high. As a result, cloves were worth more than their weight in gold. But, as one might expect, the Dutch tactic also instilled hatred and fomented rebellion among the islanders. Gradually, the spice was cultivated in other places of the world, like Brazil, the West Indies, and Zanzibar, reducing prices and making the commodity more available” (Princeton University Library online). The British gained a foothold twice in the islands, but they became official Dutch colonies, once again, during the first quarter of the nineteenth century. 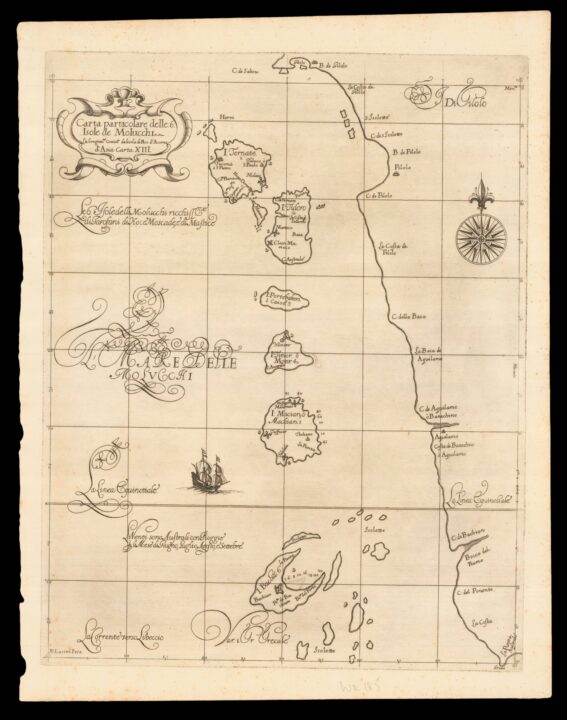