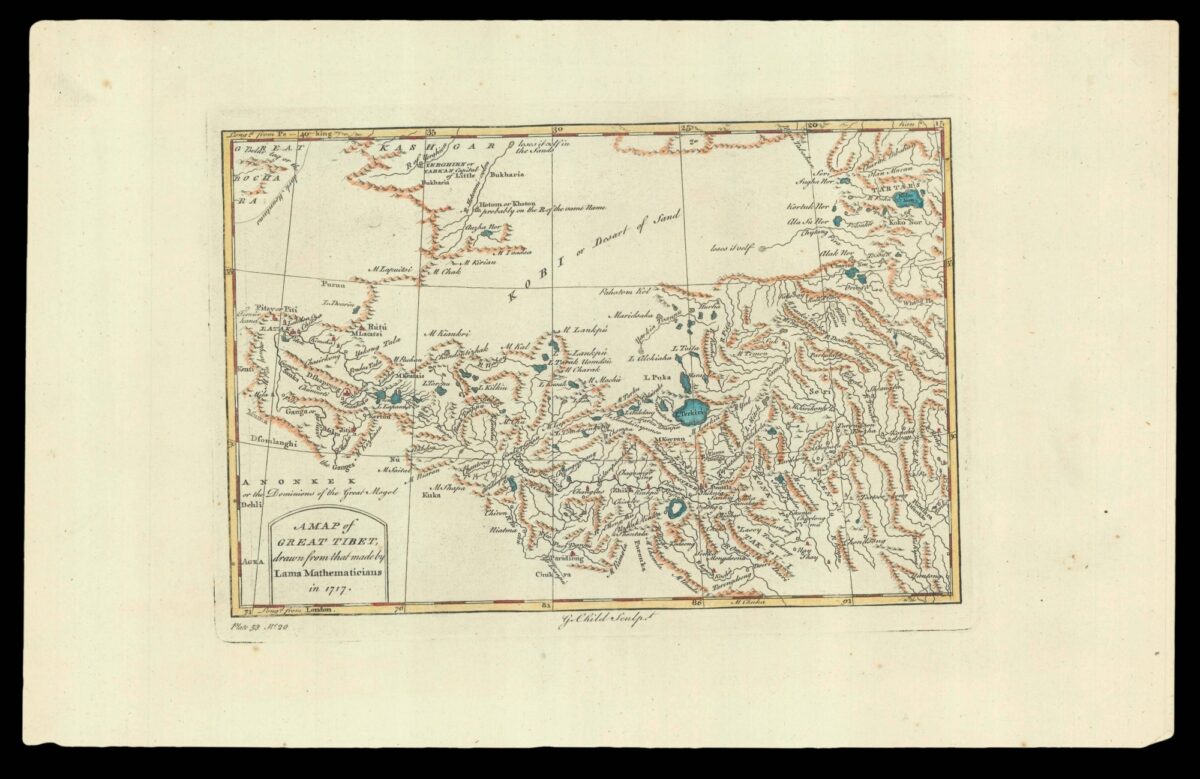 By GREEN, John [pseudonym of Braddock MEAD]; and George CHILD, 1747

A Map of Great Tibet, drawn from that made by Lama mathematicians in 1717.

This is the first English language map of Tibet, engraved by George Child, and published in Braddock Mead’s compilation, ​‘A New General Collection of Voyages and Travels’. It is based on the same Jesuit sources as Jean Baptiste Bourguignon D’Anville’s maps that accompany Jean Baptiste du Halde’s ​‘Description de la Chine’, 1735.

In spite of his chaotic private life, Braddock Mead ​“had a number of marked characteristics as a cartographer. One was his ability to collect, to analyze the value of, and to use a wide variety of sources; these he acknowledged scrupulously on the maps he designed and even more fully in accompanying remarks. Another outstanding characteristic was his intelligent compilation and careful evaluation of reports on latitudes and longitudes used in the construction of his maps, which he also entered in tables on the face of his maps… Although acknowledging the preeminence of French geographers and mapmakers, he attacked Bellin… J.N. Delisle he accused of professional subterfuge and then of outright lying… Mead’s contributions to cartography stand out in contrast to the shoddiness of his private life. At a time when the quality and the ethics of map production were at a low ebb in England, he vigorously urged and practiced the highest standards; in the making of maps and navigational charts he was in advance of his time. For this he deserves due credit” (Cumming)