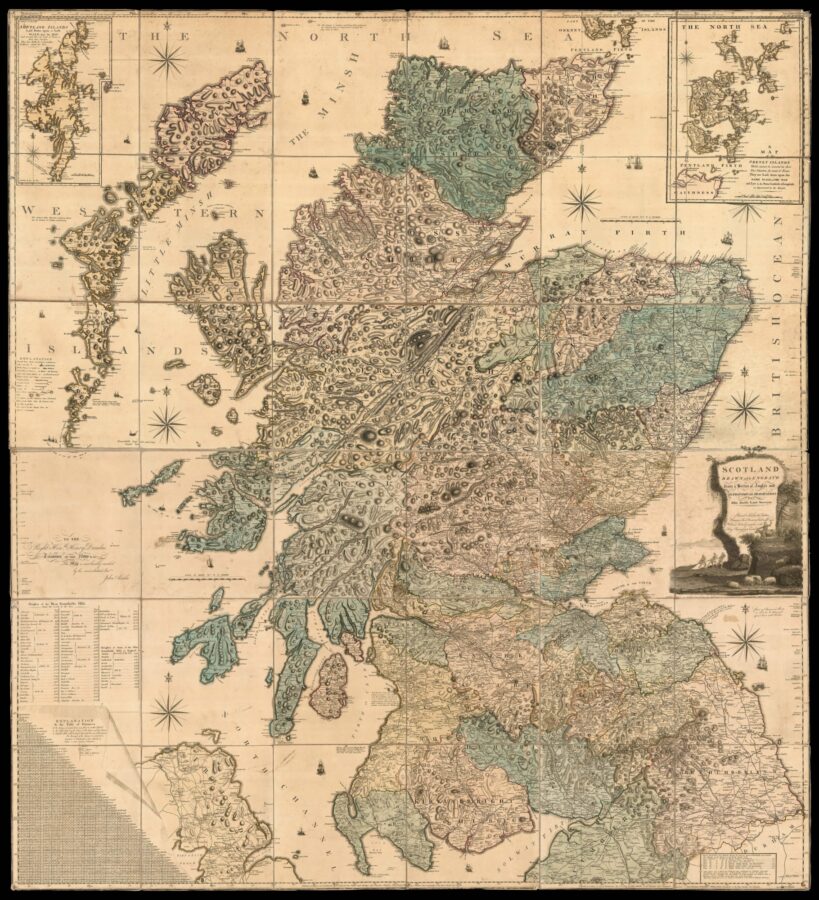 John Ainslie was born in Jedburgh, in the Scottish Borders, in 1745; he was apprenticed to the London mapmaker, map and print-seller and publisher Thomas Jefferys sr. in 1762 for £52. 10s., a considerable sum for an apprenticeship, but commensurate with Jefferys’ status within the map and print-trade and as Geographer to King George III. 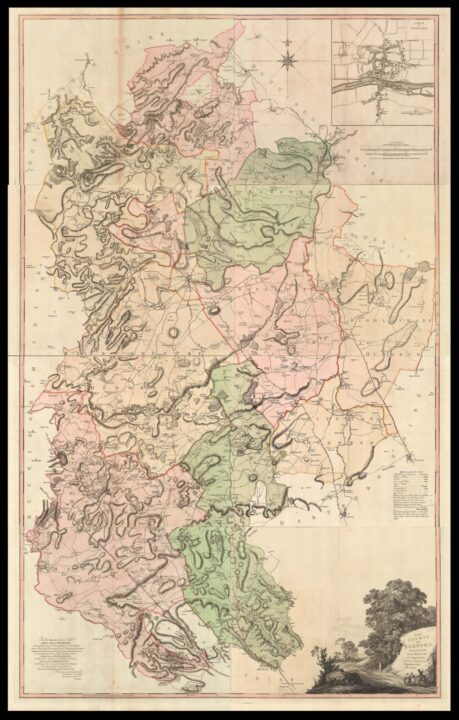