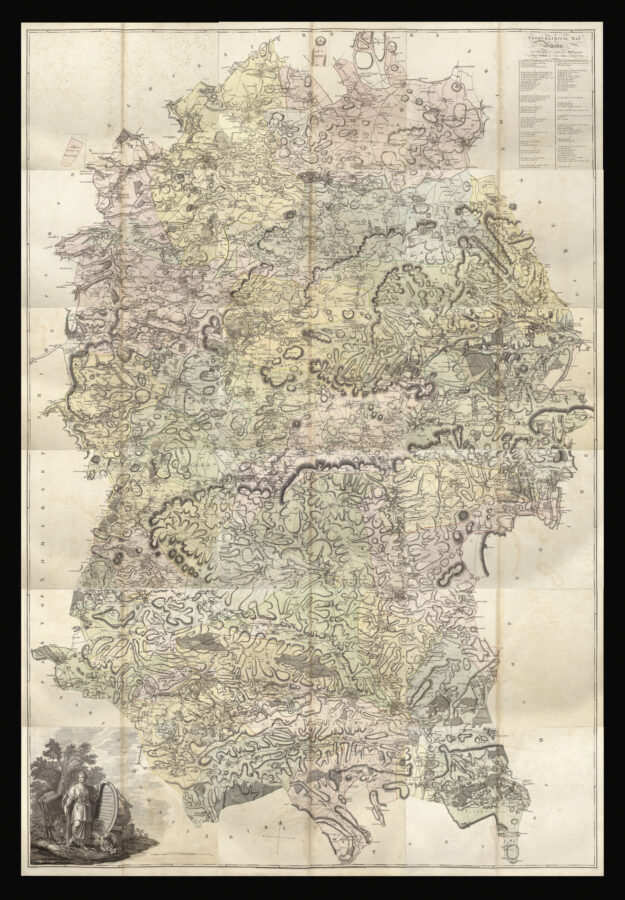 First edition of Andrew’s and Dury’s large-scale map of Wiltshire, together with the key sheet

A Topographical Map of Wiltshire on a Scale of 2 Inches to a Mile, from an Actual Survey, by John Andrews & Andrew Dury. To the Noblemen, Clergy, Freeholders of the County of Wilts This Map is inscribed By their most Obedient and devoted Servants John Andrews, Andrew Dury in the Years 1773.

John Andrews and Andrew Dury were responsible for three large scale eighteenth century county surveys: Hertfordshire 1766, Kent 1769, and — the present map — Wiltshire in 1773. All three surveys are on a scale of two inches to one mile. The majority of the large scale maps were on a scale of one inch to one mile. This larger scale allowed for much greater detail; and the map depicts hills, woods and barrows, commons heaths and parks, rivers, ponds and wells, bridges and windmills, churches and chapels, towns, villages and parishes, gentlemen’s seats, farms and houses, turnpikes, secondary roads and lanes, with the main roads showing the mileage from London and the county and hundred boundaries. The list of subscribers on the title sheet indicates 80 subscribers purchasing 179 copies between them including 40 copies of each to the Duke of Queensbury and to the Earl of Shelburne.