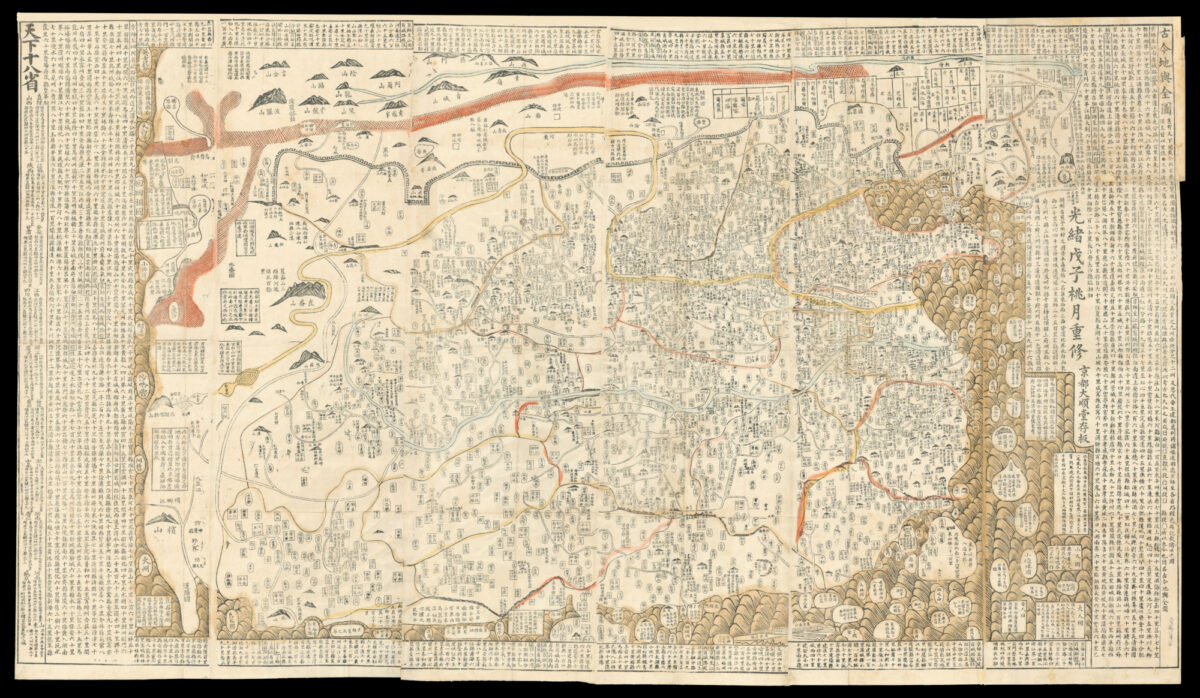 The second earliest edition of China’s first commercial map, Gujin di yu quan tu 《古今地輿全圖》(Complete map of ancient and modern geography of China) made during Emperor Guangxu’s reign in 1888. A manuscript colophon on paper attached to the back of the map suggests it was privately commissioned by Matsumoto Umetaro松本梅太郎 from Kakegawa, Japan in 1895. According to existing studies, the map was drawn by Liu Mingjie (1857–1911), a renowned artist from Shandong province, who was revolutionary in revising important maps including this example.

The content and format of the map can be traced back to two instrumental maps of China: Qianlong jingu yu ditu 《乾隆今古舆地图》(Map of ancient and modern geography of Qianlong’s reign) and Daqing wannian yitong tianxia quan tu 《大清万年一统天下全图》（Complete geographical map of the everlasting unified Qing Empire）made under Emperor Qianlong’s reign in 1749 and 1767 respectively. Adapted from the former is the traditional form of a representation of China with foreign lands arranged around the periphery. The general geographical features and administrative divisions of the Qing empire and the world are predominantly appropriated from the latter. The geography spans from Korea in the east to Central Asia in the west, and from Heilong River 黑龙江 in the north to the Straits of Malacca 马六甲 in the south. European countries and South-eastern countries are symbolically represented as small islands bordering the left and bottom margins of the map. The main rivers and waterways across China are highlighted in yellow, red and blue, prominently depicted are the Yellow river黄河 and Yangtze river长江. Mountains, deserts and the Great wall are pictorially represented.

Different from the previous maps of this kind, possibly with the aim of disseminating the history of China, new inscriptions describing prominent historical figures and events are added to their relevant sites. For example, next to Huizhou惠州 at the bottom of the map is an inscription ​“蘇軾謫惠州時有詩云為報先生春睡足道人輕撞五更鐘”. It encapsulates the exile of a renowned poet Su Shi 苏轼（1037–1101）in Huizhou惠州, with a verse of a poem he composed then.

Two critical and controversial locations are prominently marked on the map that worth particular notice. The first location is Changbai Mountain 长白山 or Paektu Mountain백두산 and Yalu River 鸭绿江or Amnokgang 압록강 at the border between China and North Korea. The text and images marking these two key border locations were not usually articulated on previous maps of this kind. The second is Hong Kong 香港 is circled and correctly depicted as an island surrounded by corrugated waves representing the sea. 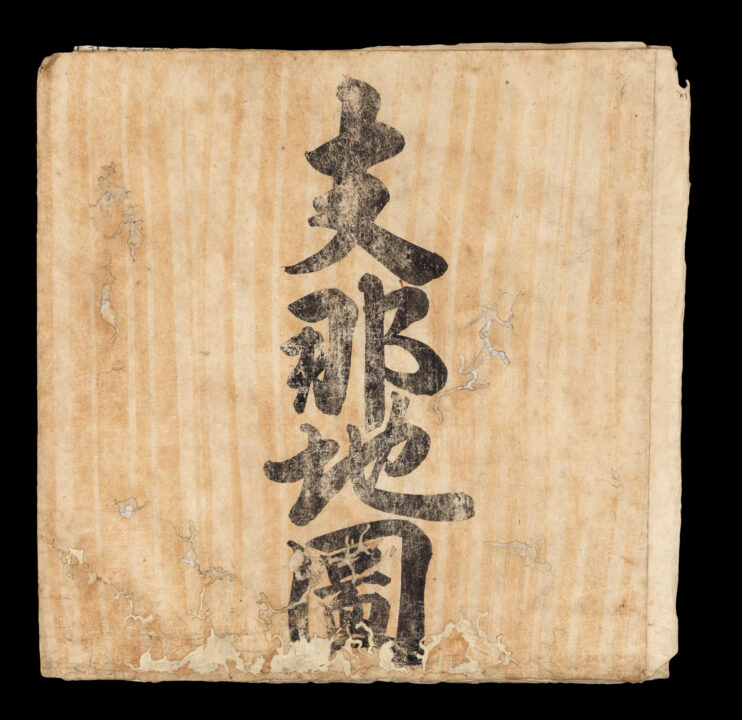 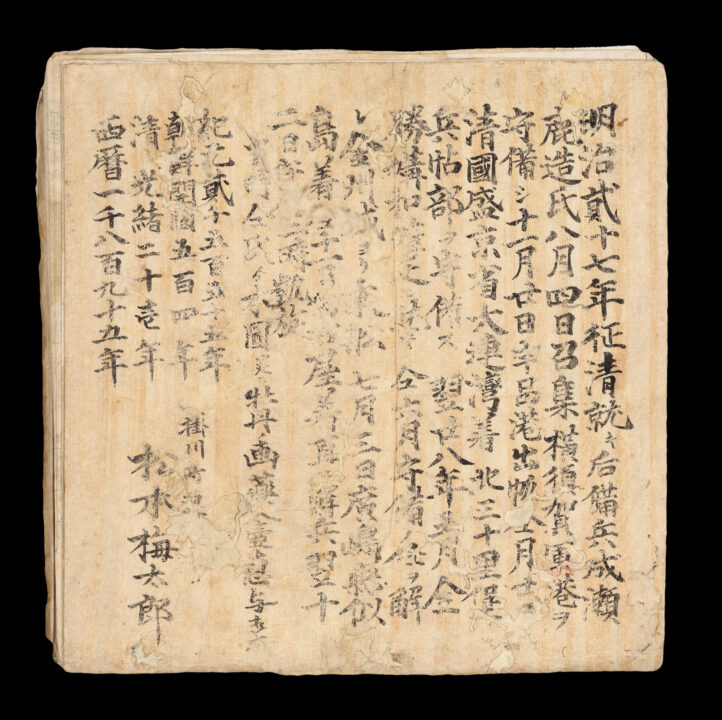