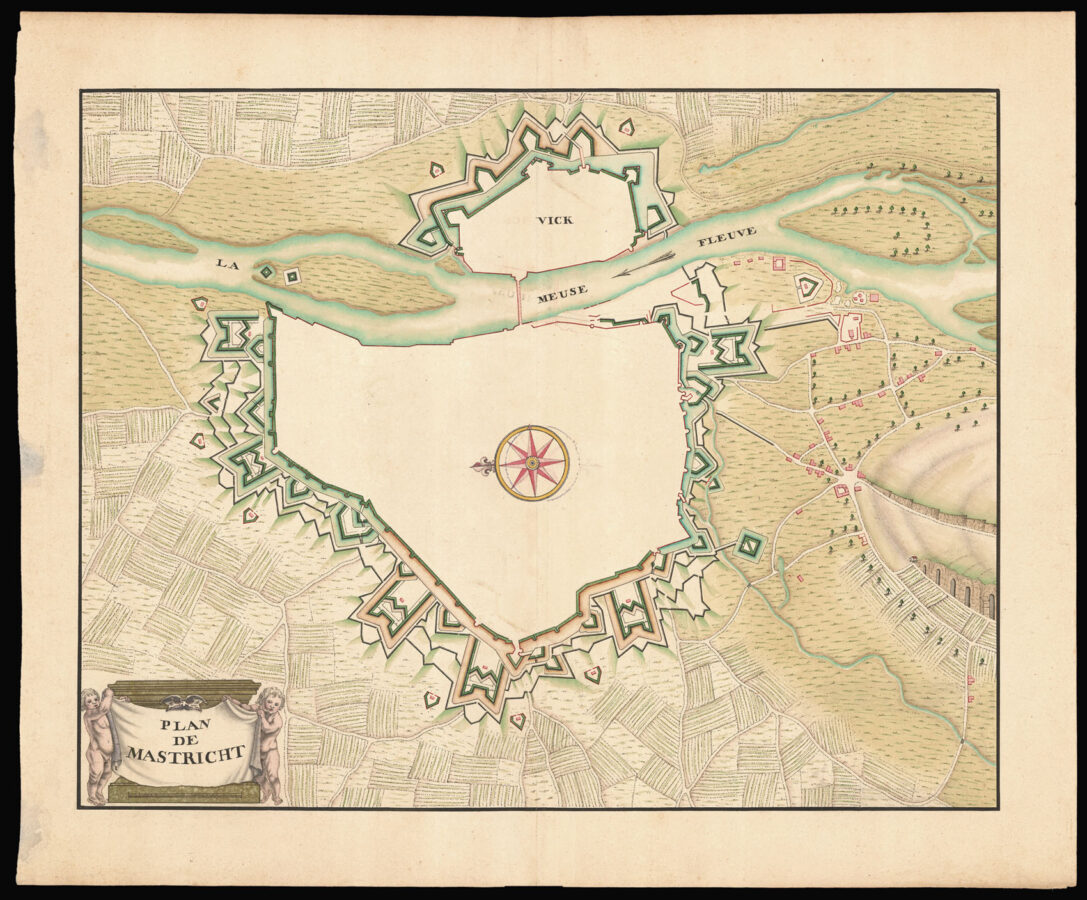 The present and succeeding map show the Limburg town of Maastricht, where the Treaty of European Union was signed on 7 February 1992.

This turbulent history, together with its close proximity to both the German and Belgium, amply demonstrates the fluid nature of the nation state within Europe. Even after the French occupation ended in 1815, when Limburg and Maastricht were integrated into the Netherlands, Maastricht retained a distinctly non-Dutch appearance and outlook, a flavour it keeps to this day. In fact it was only the presence of the Dutch garrison stationed in Maastricht, who remained loyal to the Dutch crown during the Belgium Revolution of 1830, that the city did not secede along with the other southern states to form the independent Kingdom of Belgium.

Maastriicht’s final occupation came at the hands of the Nazis, who controlled the town between 1940 and 1944. The horrors of that conflict would become the catalyst for the forming of the European Economic Community in 1957, and hence the European Union, when the then member states signed the Maastricht Treaty.

This French plan depicts the battlements and ramparts of mid seventeenth century Maastricht. Although is not dated the paper does bear a watermark of a bunch of grapes surrounded by a double circle with letters, which can be dated to around 1655.