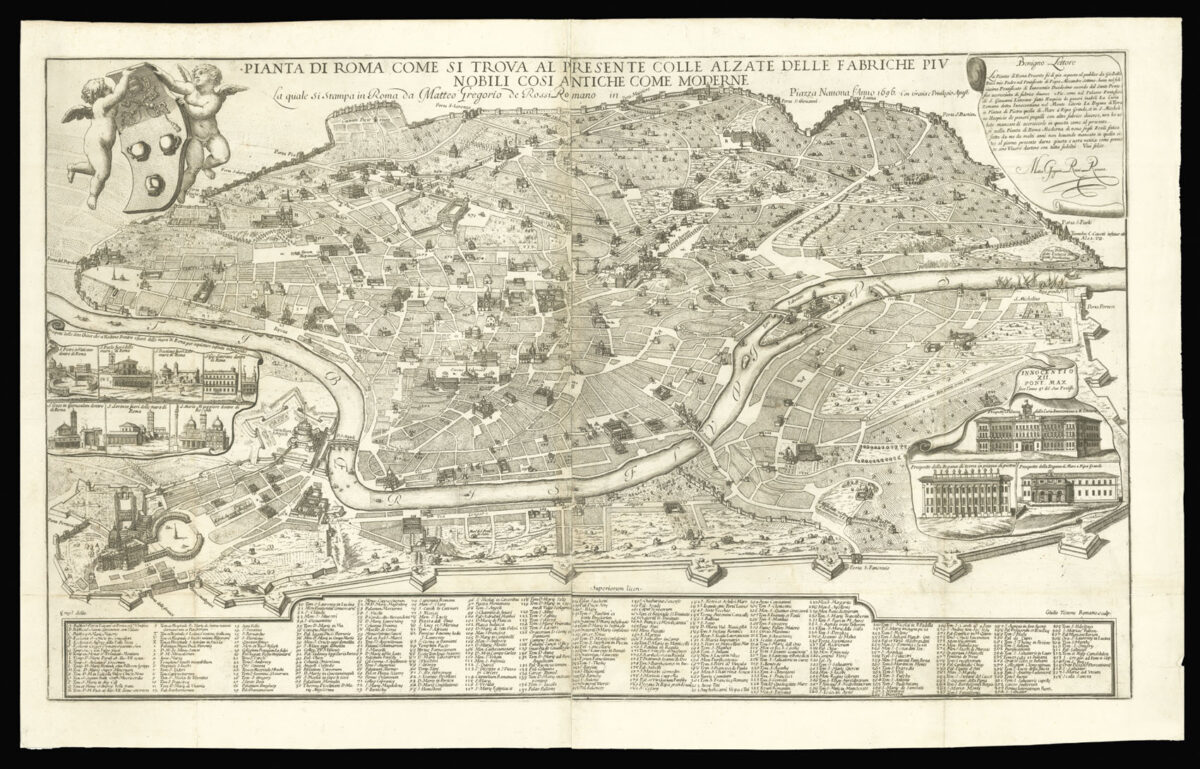 A fine, clear, and detailed plan of Rome. Livino Cruyl, born in Ghent, was an architect and engraver active in Rome in the second half of the seventeenth century. De Rossi, a Milanese with a publishing and printselling business in the Piazza Navona in Rome, flourished between 1640 and 1672.