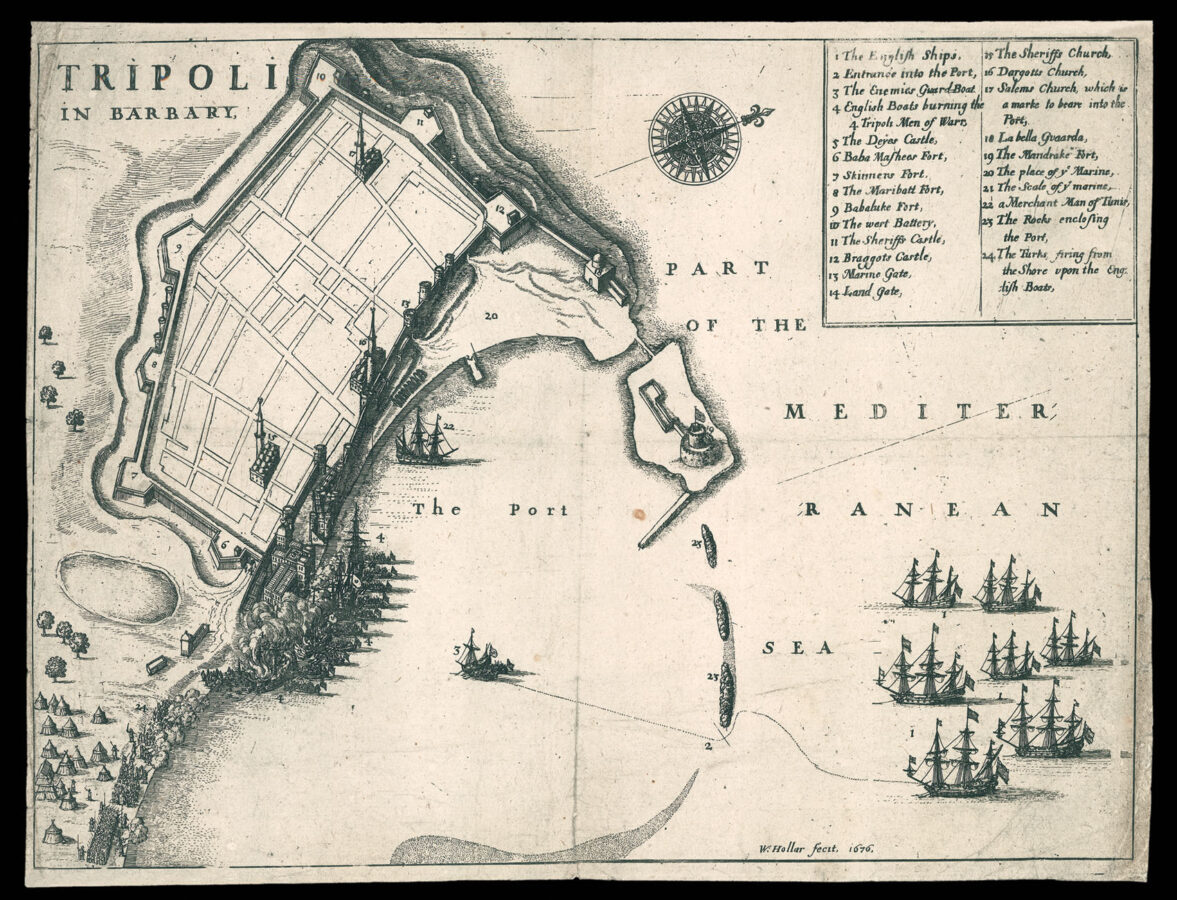 Birds-eye view of the punitive operation by the English fleet against pirates in the Mediterranean, commanded by Sir John Narborough. The main fleet is shown off the harbour mouth while the row-boats, led by Lieutenant (later Admiral Sir) Cloudesley Shovell, have entered the harbour to attack the pirate vessels, destroying four in the initial attack. In subsequent days several more ships were sunk or captured.

The map gives a sketch outline of the city of Tripoli, focussing on his walled defences, and principal landmarks, presumably those viewed (and viewable) by the mapmaker from the deck of one of the ships in the harbour.

Prepared to illustrate Sir John Narborough’s Particular Narrative of the burning in the port of Tripoli four men of war (London, 1676) but seemingly issued separately. 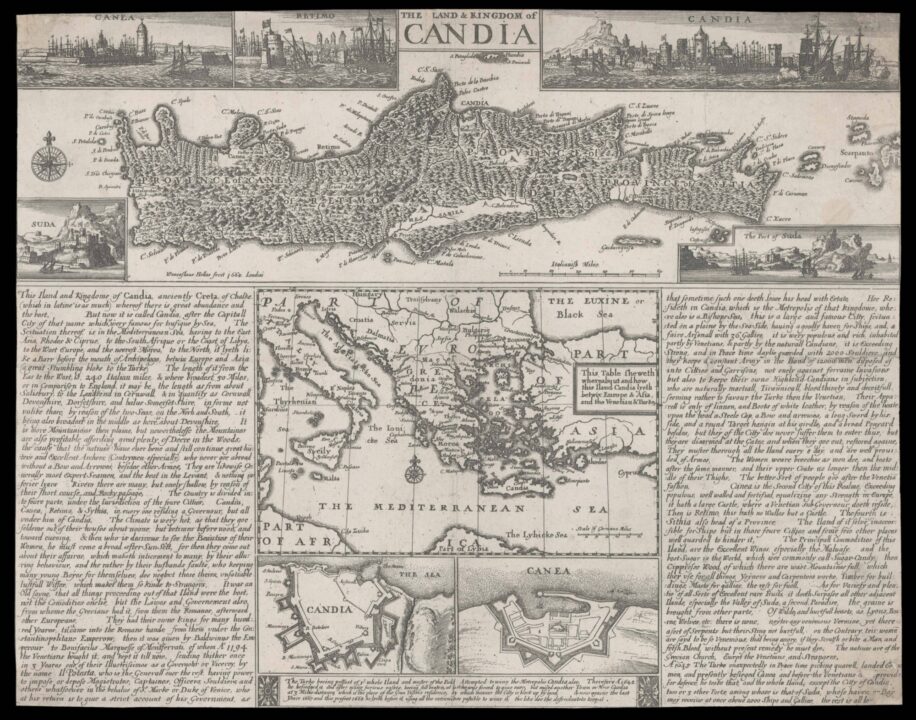