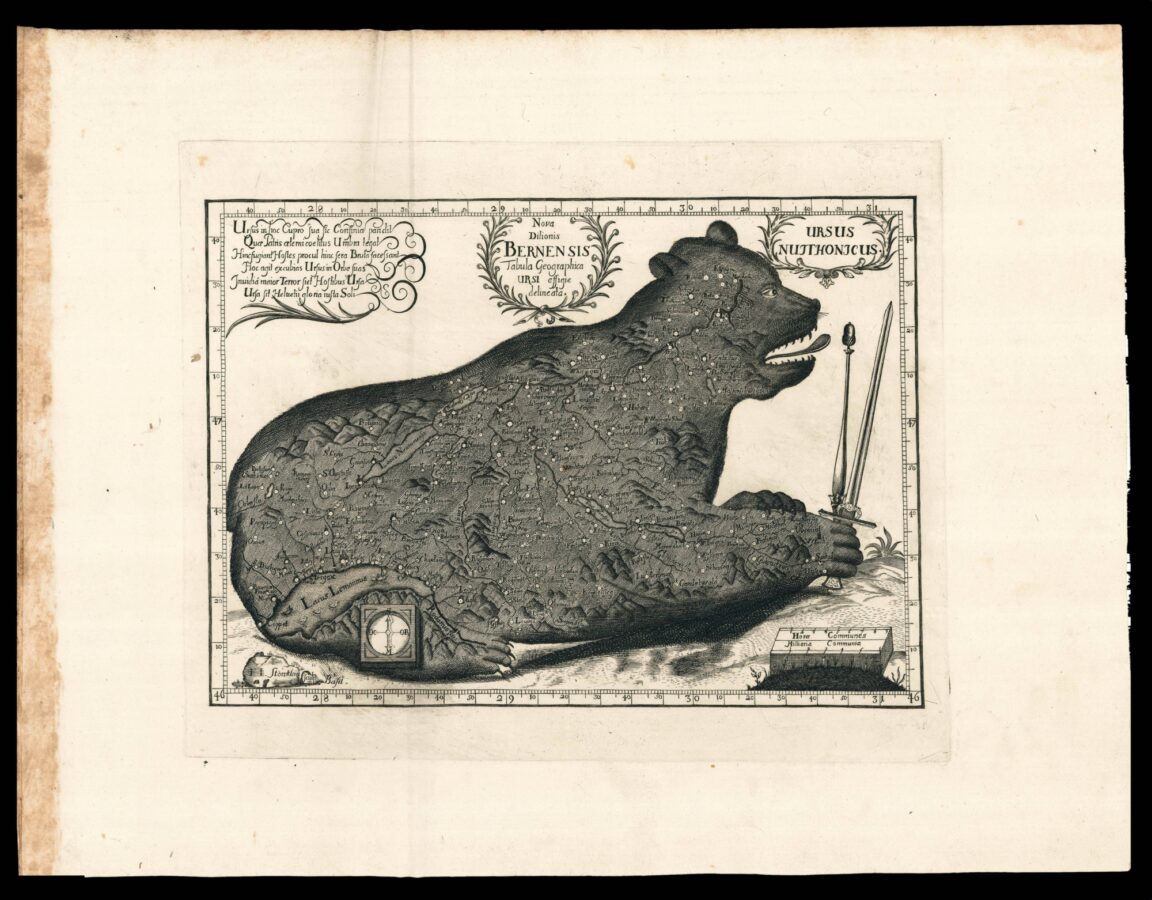 A map showing the Swiss canton of Bern in the shape of a bear couchant (lying down). It holds a sword and sceptre topped with an acorn, representing military and ecclesiastical power. The acorn is both a symbol of the risen Christ and a heraldic signifier of independence, referring to the synod held there in 1532 where Bern and several other cantons decided to embrace Protestantism, and to Switzerland’s contemporary role as a refuge for Huguenots and Waldensians fleeing persecution in France and Savoy.

The bear is the emblem of Bern, and has been closely connected with the city throughout its history. The earliest known use of the bear as the city’s symbol was on a seal of 1224. Traditionally, the city itself is meant to have taken its name from the animal; stories range from the city being named for the first animal the Duke of Zahringen saw while hunting, to it being named for a local Roman deity. Bears have been kept in the city since the medieval period, when one was brought back as a trophy from the Battle of Novara. There is still a bear pit in the city centre today. The map was clearly designed as an expression of Bernese autonomy, and to reinforce Bernese self-identification with the positive attributes of their emblem.

Copies are held at the Universities of Basel and Bern, and in the Zurich and Aarau Libraries.