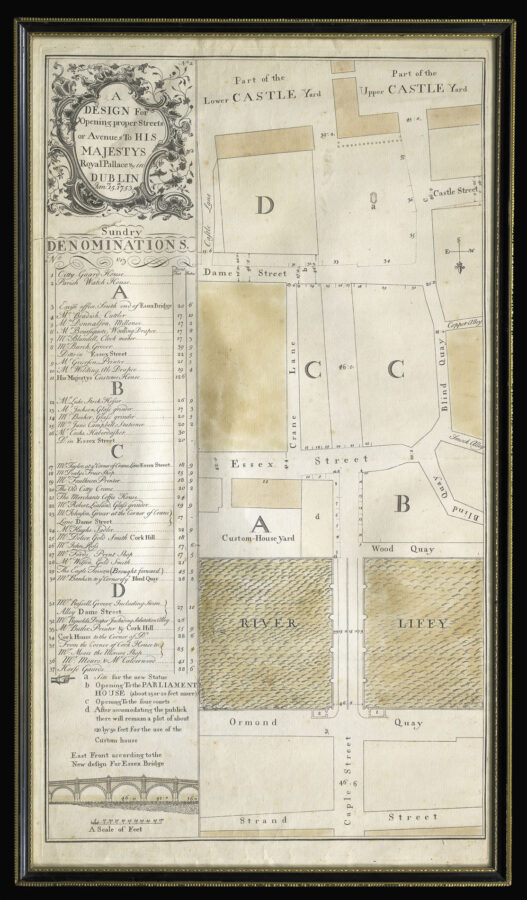 A pair of extremely rare plans showing the layout of the streets surrounding Essex Bridge (now Grattan Bridge) in Dublin.

The first plan shows the layout of the streets on 9th November 1751, from Strand Street to Dublin Castle. Essex Bridge is shown with the plinth that supported the equestrian statue of George I on the right-hand side. A key to the left of the plan provides information on the various shops and shop owners situated along Essex Street and Chapel Street. The second plan, dated January 15th, 1753, covers exactly the same geographical area, however, this time it shows the intended improvements to Essex Bridge and the road leading up to Dublin Castle. To the lower left is an elevation of the new bridge.

The plans were drawn up by George Semple (1700–1782), a notable Irish architect working in Dublin during the eighteenth century. The work on the bridge would start on 19th January 1753 (just four days after the date of the second plan), and would be finished on 11th May 1755. The plan also calls for the laying of a road from the bridge to the Castle, which is now called Parliament Street. The improvements outlined in this plan were one of the first initiatives of the Wide Streets Commission.

Rare, we are unable to trace any institutional example. 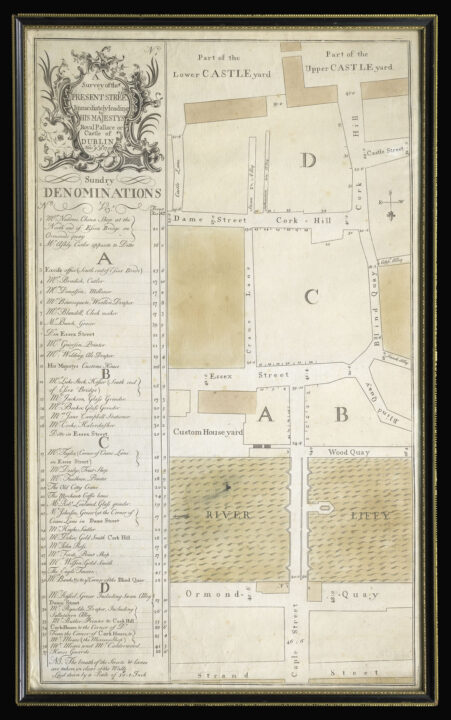