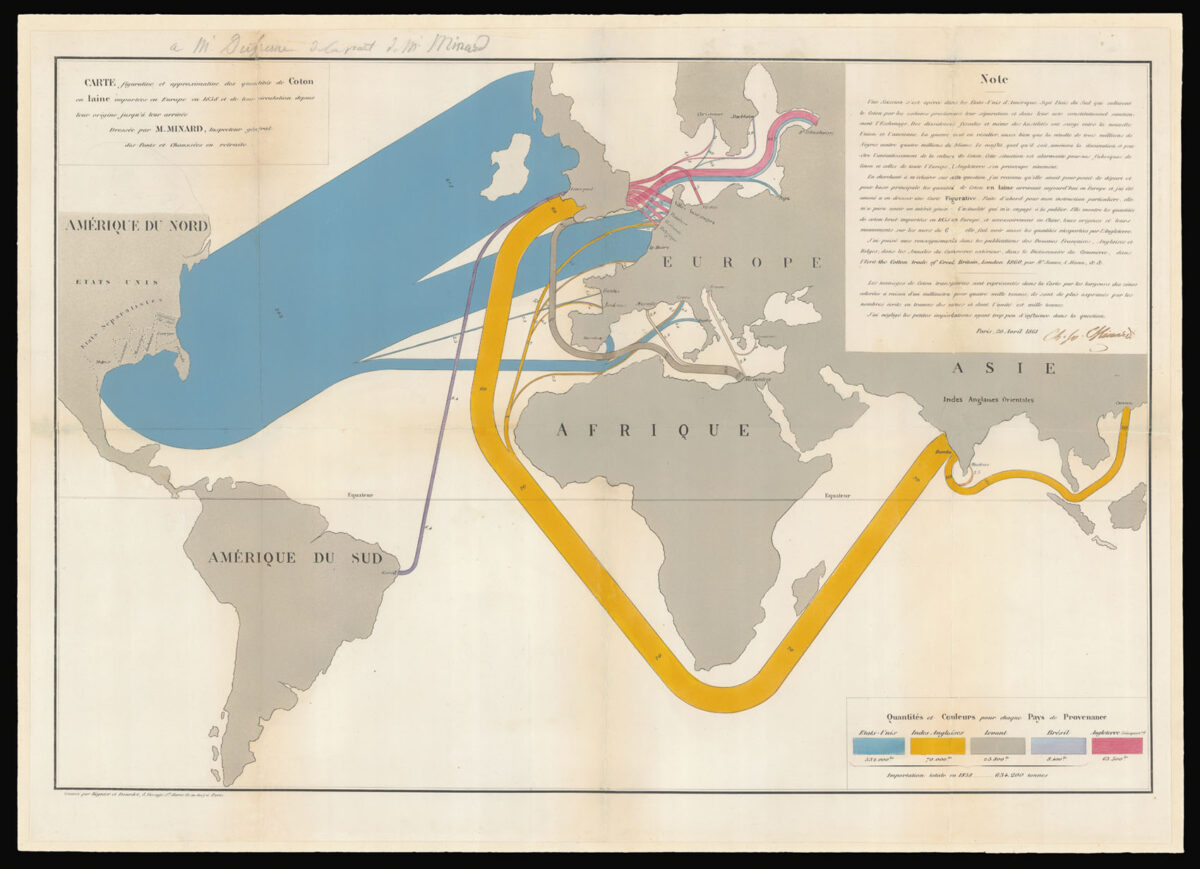 The map was produced in April 1861, after the war had begun and the Union had imposed a blockade on Confederate ports, Minard clearly chose to look back on this date as representative of European cotton and wool imports before the beginning of the American Civil War. The vast majority of cotton comes from America, with much smaller amounts coming from India (although Indian exports only go into Britain), the Middle East and Brazil.

The map is inscribed to Minard’s colleague Jules Auguste Dufresne (1809–1885), engineer, inspector general of the bridges and roads and senator of ​“La Manche” from 1879 to 1885.