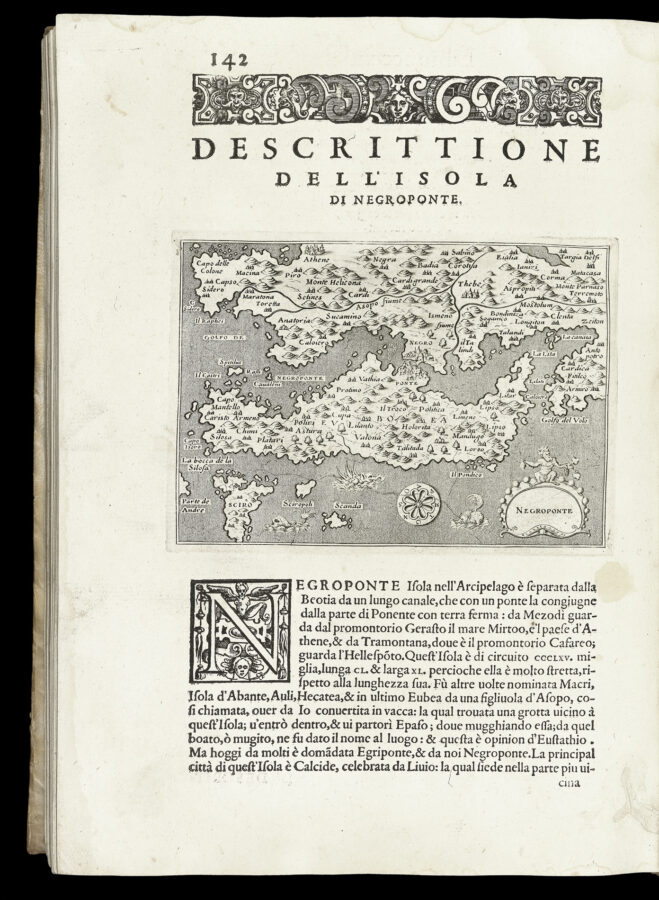 A map of the Greek island of Euboea (Negroponte).