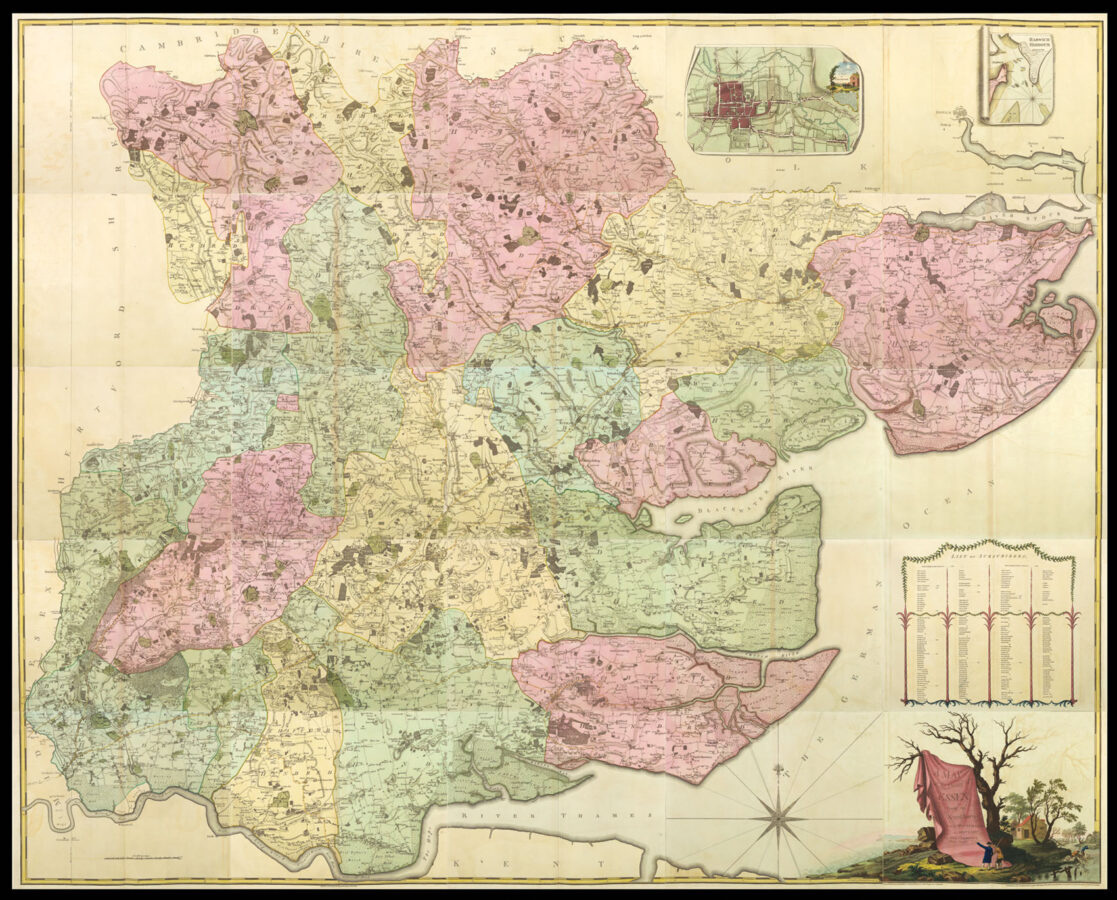 A Map of the County of Essex

From an Actual Survey made in MDCCLXXII, MDCCLXXIII and MDCCLXXIV by John Chapman and Peter Andre.

Chapman and André’s survey of Essex was one of the most celebrated of the nineteenth century large-scale maps with a wealth of detail matched by extraordinary accuracy, even when checked against large-scale contemporary estate maps. Minor roads were depicted on a map of the county for the first time with bridges, milestones and turnpike gates, whilst on the long coastline every creek, wharf, quay, ferry, duck decoy and cliff is shown. The countryside is extensively delineated with hills, woods, parks and heaths clearly depicted and often named. Except in the towns and villages, nearly every house and cottage is marked, whilst the principal seats and their owners, and most of the manor houses, and farm houses are named. There are complete sheets devoted to the vignette title (an Essex fulling mill with two cloth beaters and Harwich and Dovercourt churches in the background), and a list of 240 subscribers. Further sheets include a general map of the county to serve as a key map, an outline of Harwich Harbour and a plan of Colchester on a scale of 168 yards to the inch including information about the town such as fairs and market days. It is unlikely that more than 300 copies of this edition were sold, though there was a second smaller edition issued in 1785. The twenty-one sheets covering the survey of the county, together with the rest of the atlas, are all fully coloured by a contemporary hand to make it one of the most competent and attractive of the large-scale surveys.