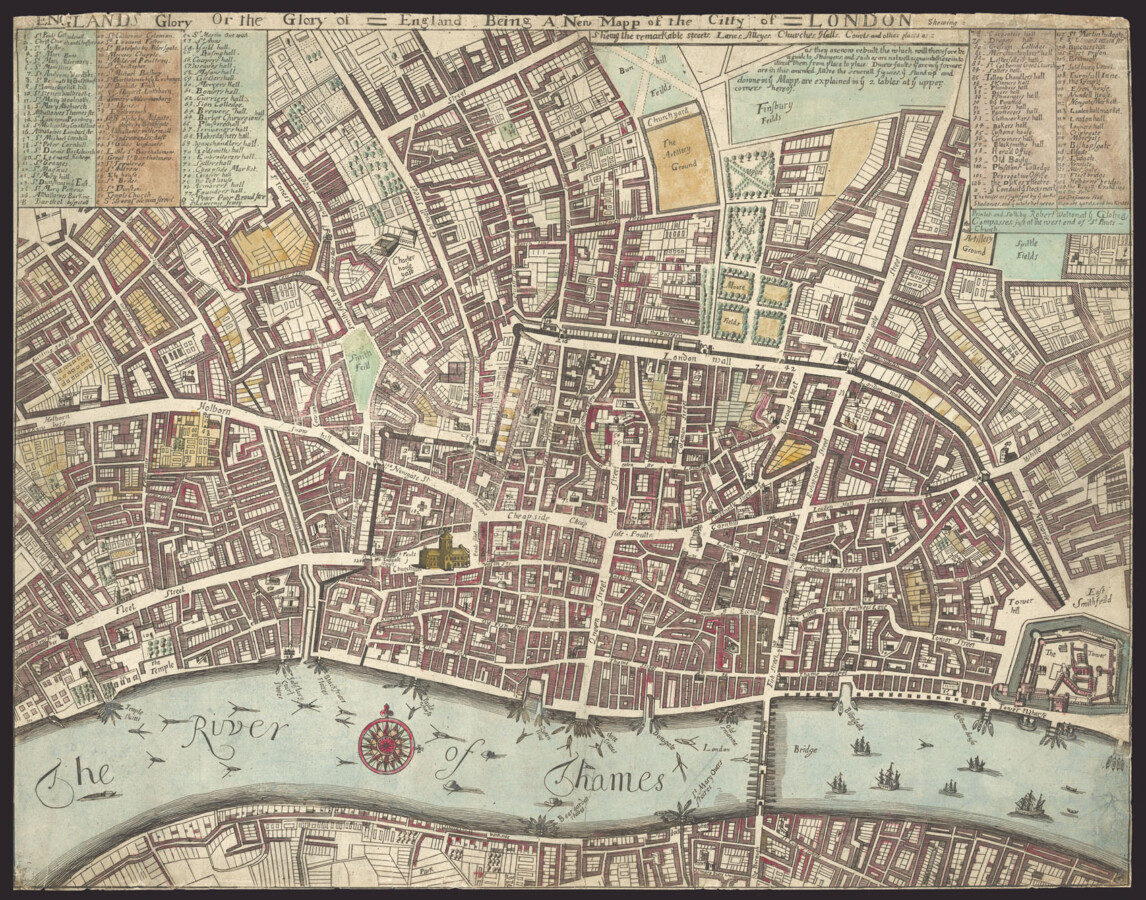 England’s Glory or The Glory of England, Being a New Mapp of the Citty of London Shewing the remarkable streets Lanes Alleyes Churches Halls Courts and other places as they are now rebuilt the which will therefore be a guide to Strangers and such as are not well acquainted herein to direct them from place to place. Divers faults yt are in ye former are in this amended. Allso the severall figures yt stand up and downe in ye Mapp are explained in ye 2 tables at ye upper corners hereof.

Detailed plan of the the City of London.

The plan extends from Fleet Street in the west to the Tower of London in the east and from Finsbury Fields in the north to Bankside in the south. To the upper left and right is a list of public buildings, gates, bridges, and streets. The plan shows in detail the rebuilt City of London which the Great Fire had destroyed much of in 1666. One can clearly see the heart of what is now the financial district including Cheapside, Cornhill, Lombard Street, and Leadenhall Street, together with the Monument, St. Paul’s, and the Tower of London. In the title, Walton is keen to stress the usefulness of the plan being, ​“a guide to strangers, and such as are not well acquainted herein to direct them from place to place”. He goes on to write: ​“Divers faults yt are in ye former are in this amended”. To which plan Walton was alluding is unclear; some have suggested that it was his: ​“Newest and Exactess Mapp of the most Famous Citties London…”, of 1655 yet as this depicts a pre-Fire London it would seem unlikely. Most probably the plan is a revised state of an earlier, no longer extant, plan. This would also account for the rather haphazard placing of a large part of the explanatory text. The map can be reliably dated to 1676, as Walton advertised it for sale in the ​‘Term Catalogue’ of May that year.