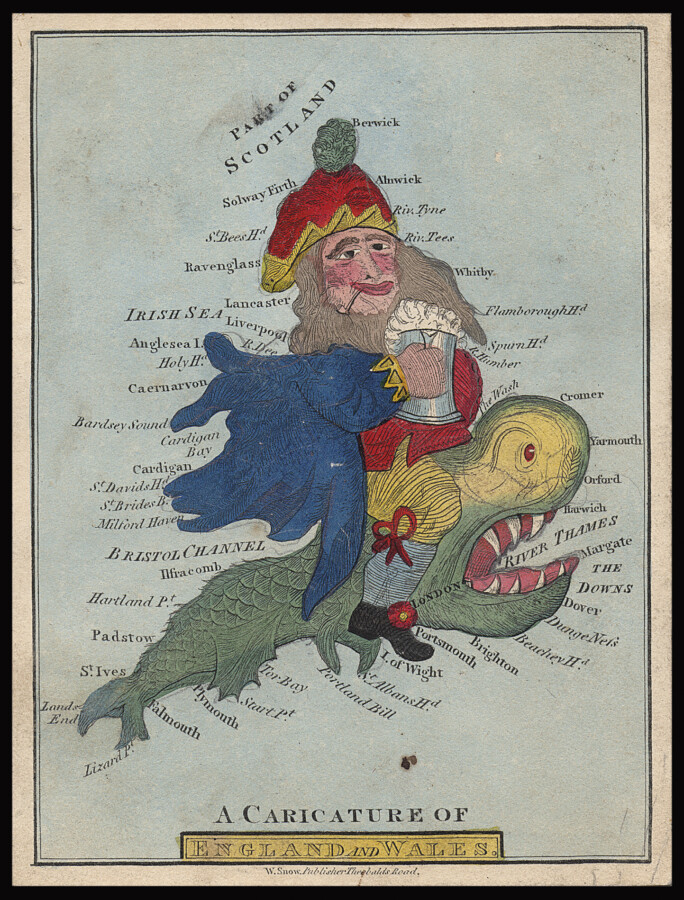 A Caricature of England and Wales.

Robert Dighton was well known as a portrait artist and is regarded as one of the most talented social caricaturists of the late 18th and early 19th centuries. He also achieved notoriety as a thief of valuable prints from the British Museum which he sold on the open art market to supplement his income from painting and etching.