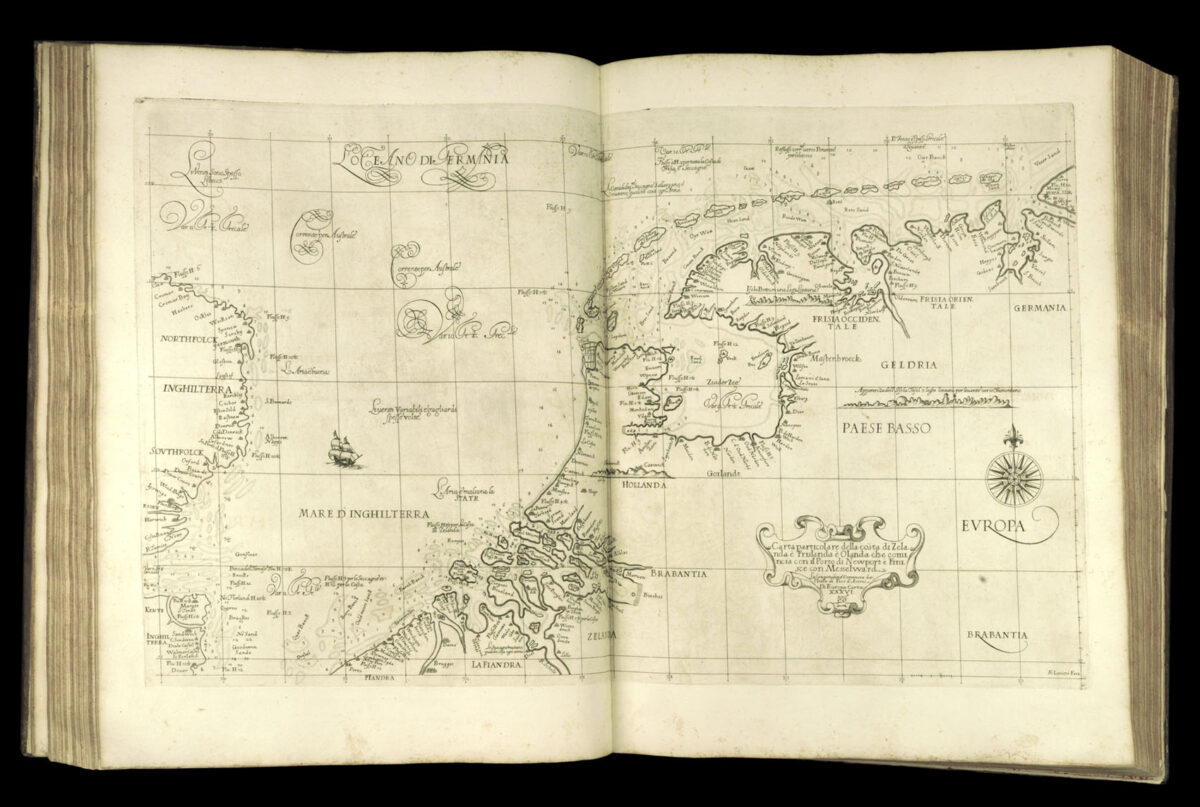 England and the Netherlands

The map shows the east coast of England and the west coast of the Netherlands.