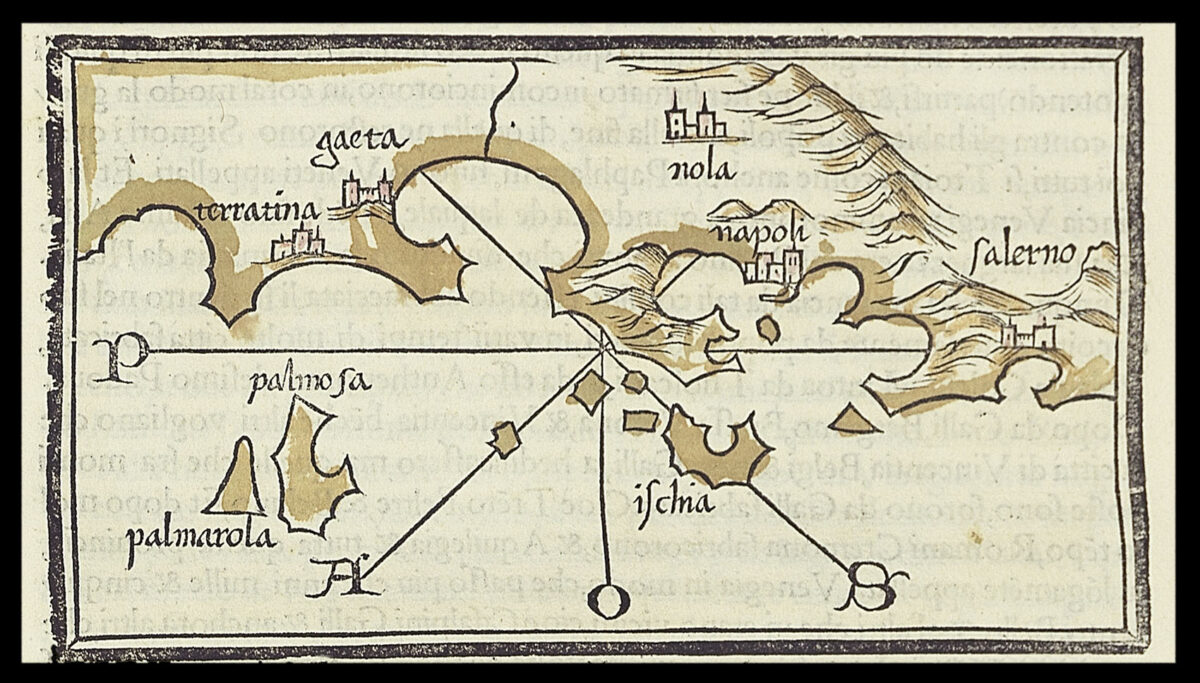 Showing the islands of Elba and Pianosa in the Tuscan Archipelago.