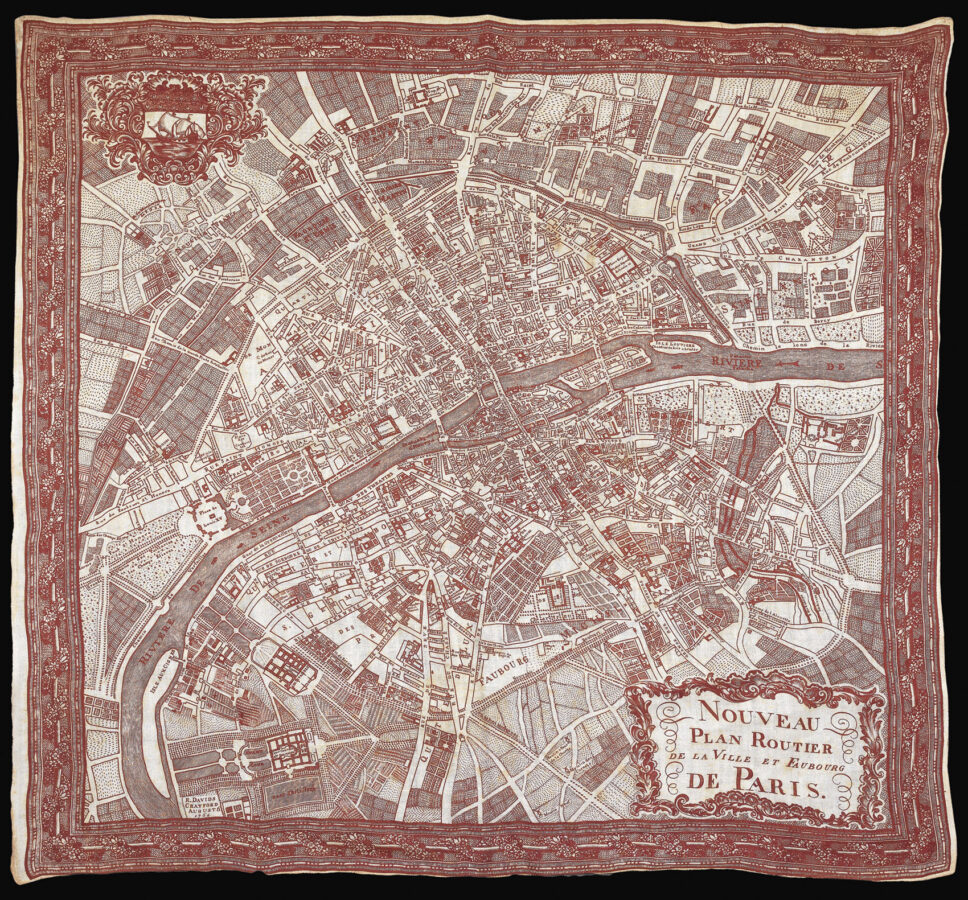 Rupert Davids (1724–1790) was a calico printer and engraver based in Crayford, Kent. Crayford was an ideal site for a calico printing business: abundant water for fabric bleaching, space, and proximity both to central London — the main market — and the Thames ports of North Kent. The first significant printers in Crayford were Rupert Davids and Sons, established in 1757, whose success gave rise to a number of other printing businesses. The London Gazette of March 28th 1783 notes that ​“the partnership between Rupert Davids and Sons (William and Charles) of Crayford in the County of Kent, Callico-printers, was this day dissolved by mutual consent”; the following year Rupert is recorded as working in Cheapside. He died on 8th January 1790: The Gentlemen’s Magazine (Vol 67), in their ​‘Obituary of Considerable persons’, describes him as ​“an eminent calico-printer” and notes he ​“Dropped down dead, near the third mile-stone on the Deptford-road”.

Cartographic works bearing the Davids imprint are extremely rare: we have only been able to trace a handkerchief titled ​‘A Scale of Distances of the Principal Cities & Towns in England’, dated by 1763; and a reference to the present item in the magazine ​‘Le Gaulois’ of 25 June 1896:

​“One of the most interesting gifts was made to the musée Carnevalet by M. Le Vayer, conservator of the museum: an example of ​“Nouveau plan routier de la ville et des faubourgs de Paris”, printed by R. Davids Crayford, in 1768”. This example is printed on canvas and appears to be unique in this state.“

Copac and Worldcat record no institutional examples. The BNF contains a photographic reproduction of the piece.