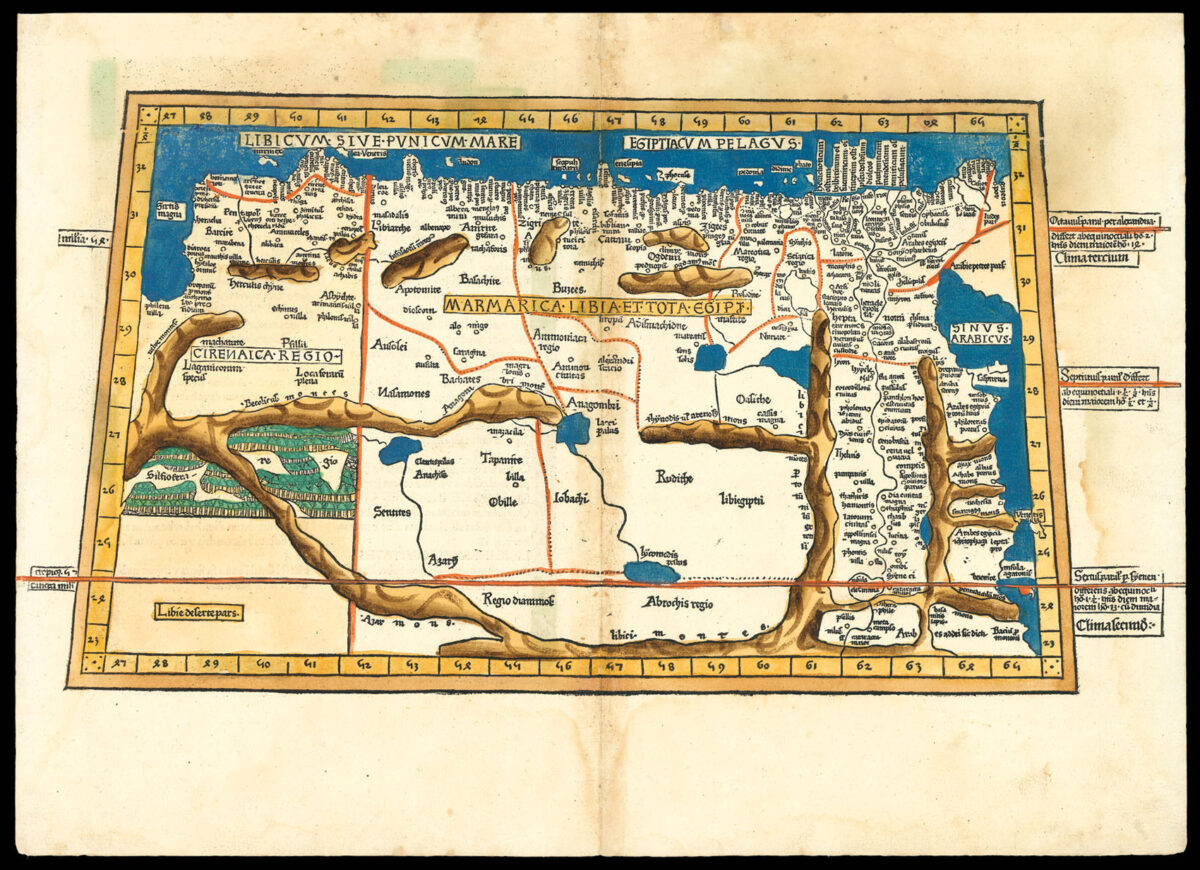 This striking map depicts North Africa from Egypt to eastern Libya, as envisaged by the second century A.D, cartographer Claudius Ptolemaeus, and is one of the earliest obtainable prints maps of the area. To the east of Egypt the Red Sea has been misnamed the Arabian Gulf (“Sinus Arabicus”). To her west is the Roman province of Cyrenaica, modern day eastern Libya and named after one of the great classical cities of the ancient world Cyrene, the ​“Athens of Africa”.