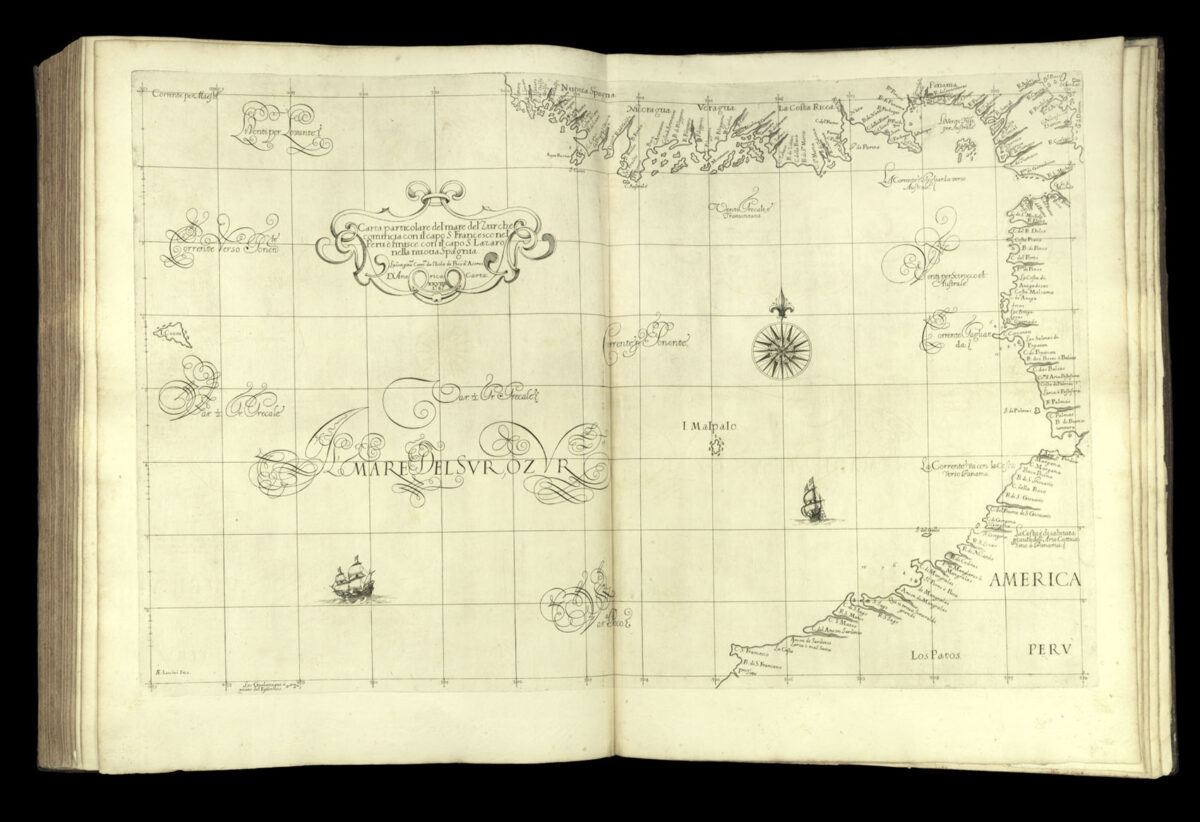 Map showing the coastlines of Ecuador, Colombia and Peru.