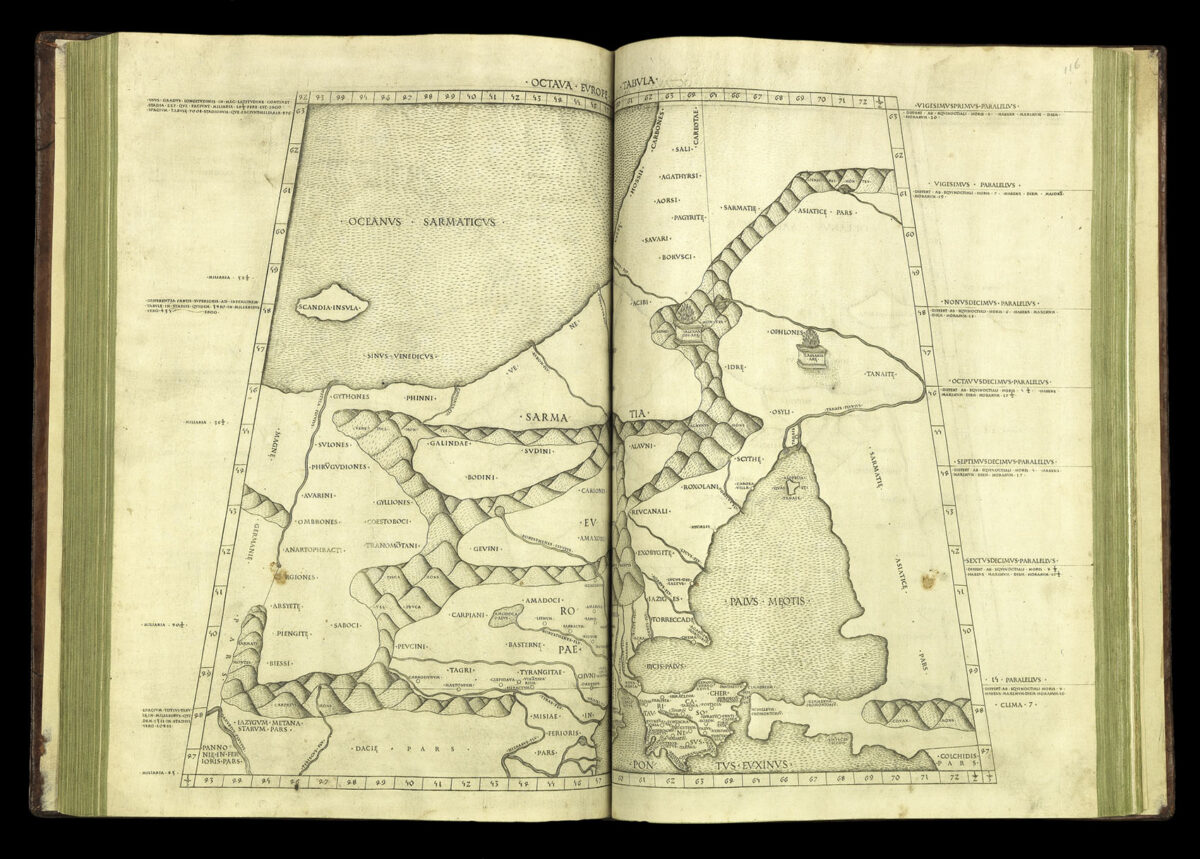 The map shows Eastern Europe including parts of Ukraine, Russia, Georgia, Armenia, Azerbaijan and Iran. Although the area around the Crimea is depicted with a high level of detail, the area to the north and east of the Caucasus Mountains is underdeveloped.