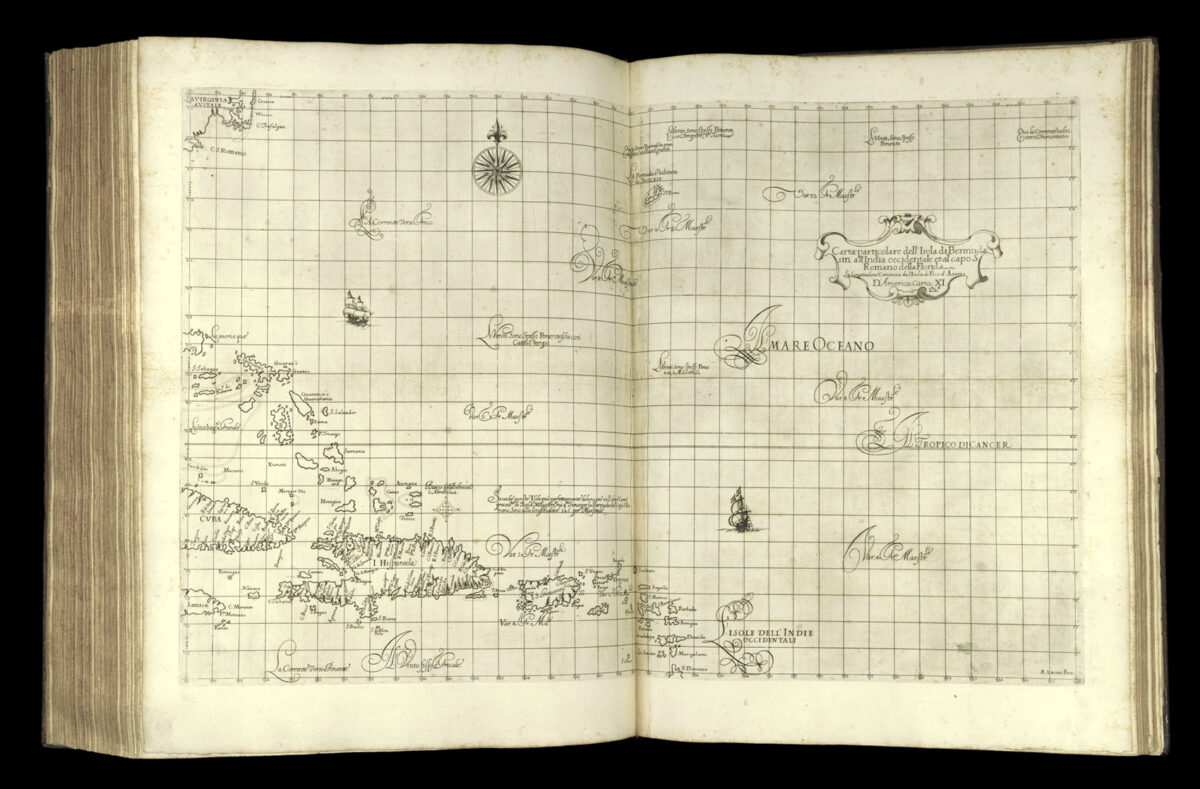 Map showing eastern Cuba, the island Hispaniola which is now divided into the Dominican Republic and Haiti, Puerto Rico and the Turks and Caicos Islands in the Caribbean Sea.