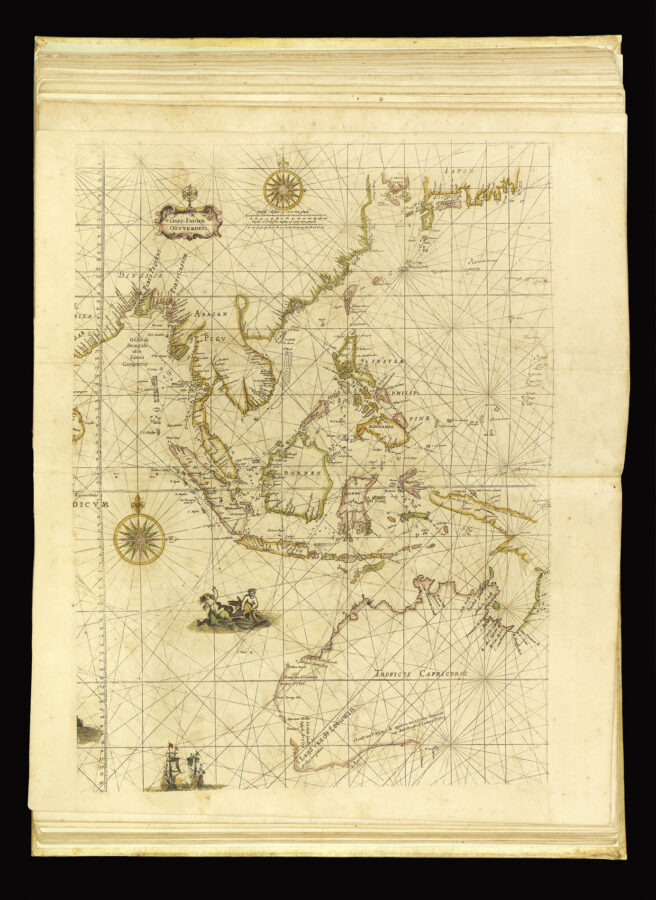 A chart of the East Indies, with an early outline of Australia. Willem Janszoon had made the first recorded European landing in 1606, and the northern coast had been extensively explored by Dutch navigators over the early seventeenth century; however, the details of the southern coast remain unformed. This chart was previously separately issued and is extremely rare: Shilder lists only two examples of this state, and praises the chart for its ​‘summary of discoveries made in Australia before Tasman’.