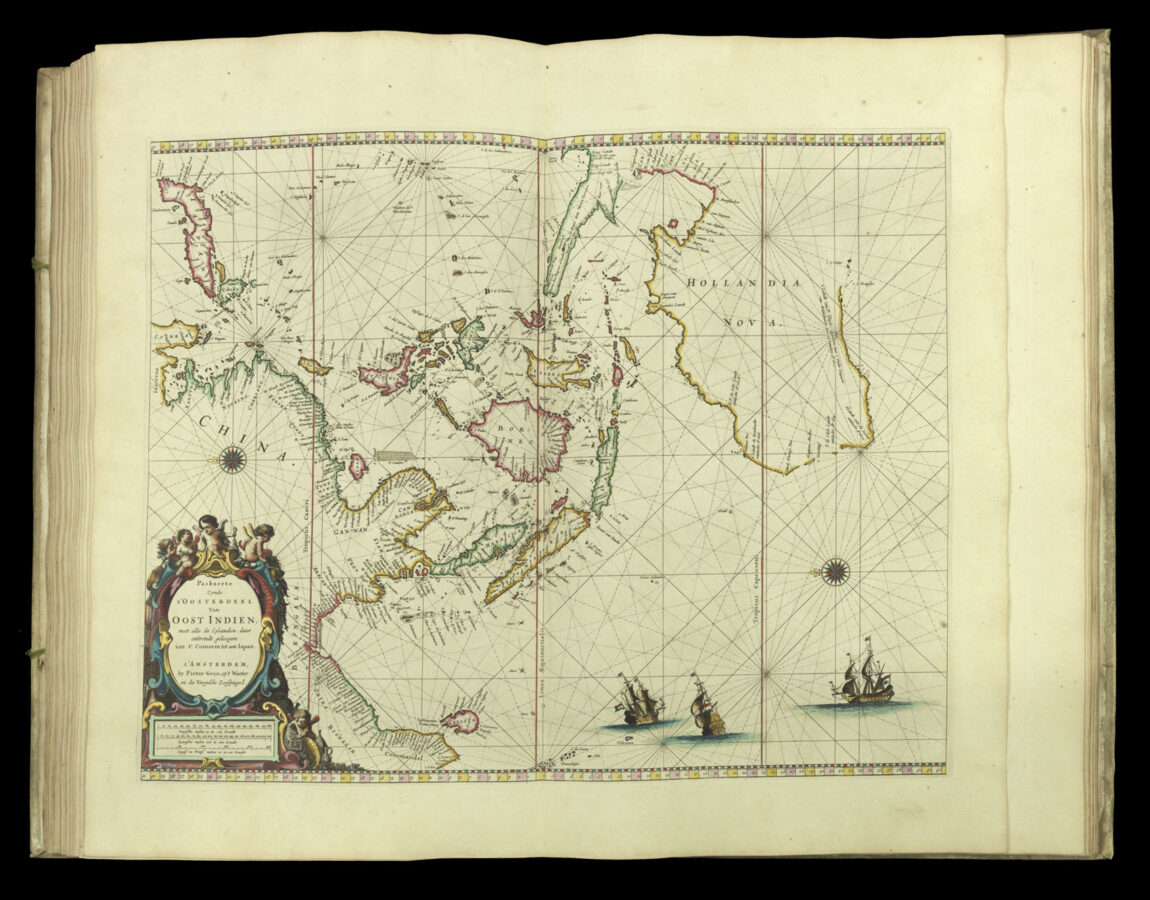 A beautifully detailed chart of the East Indies, oriented to the east as if arriving from Africa. An unfinished Australia appearing to the left (marked Nova Hollandia) including the information gathered by Abel Tasman on his 1644 voyage. It is the second of two charts which detail the sea passages from Africa to the Far East taken by Dutch East India Company (VOC) vessels.