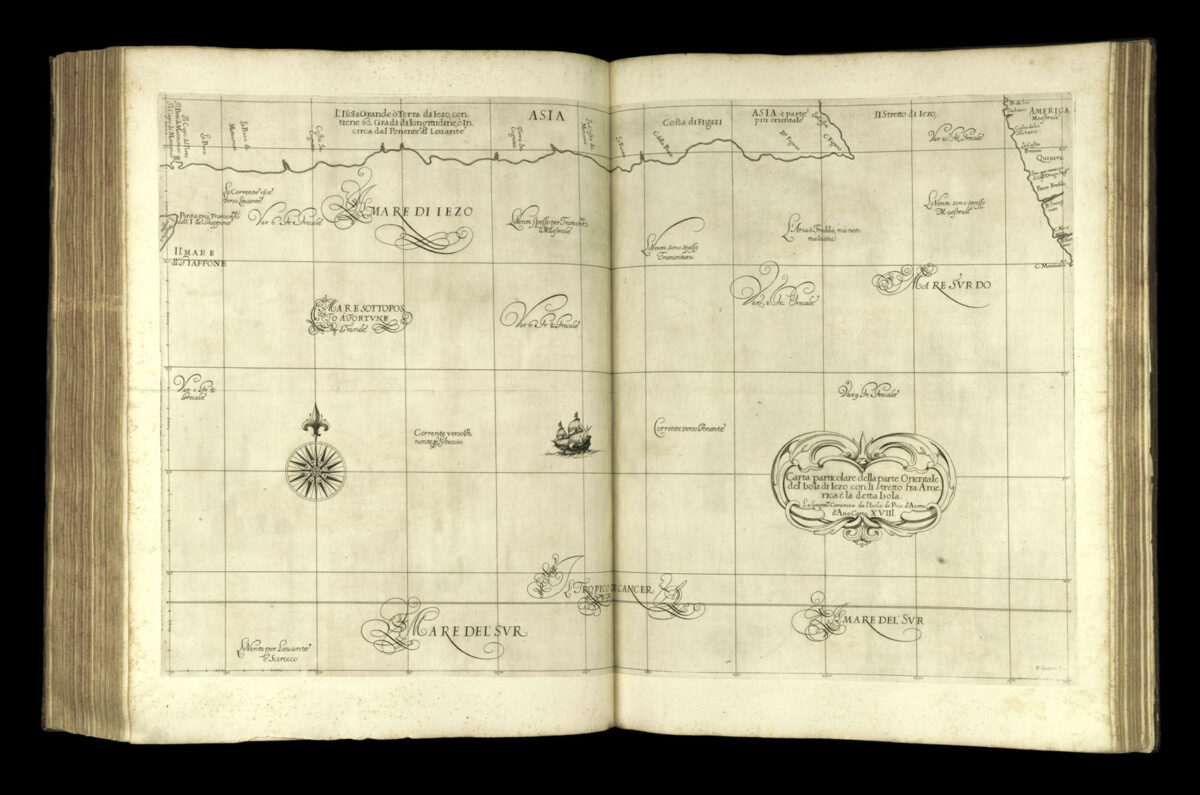 Map showing the east coast of Russia bordering the Bering Sea and an expanse of the North Pacific Ocean, with the west coast of America just visible on the right.