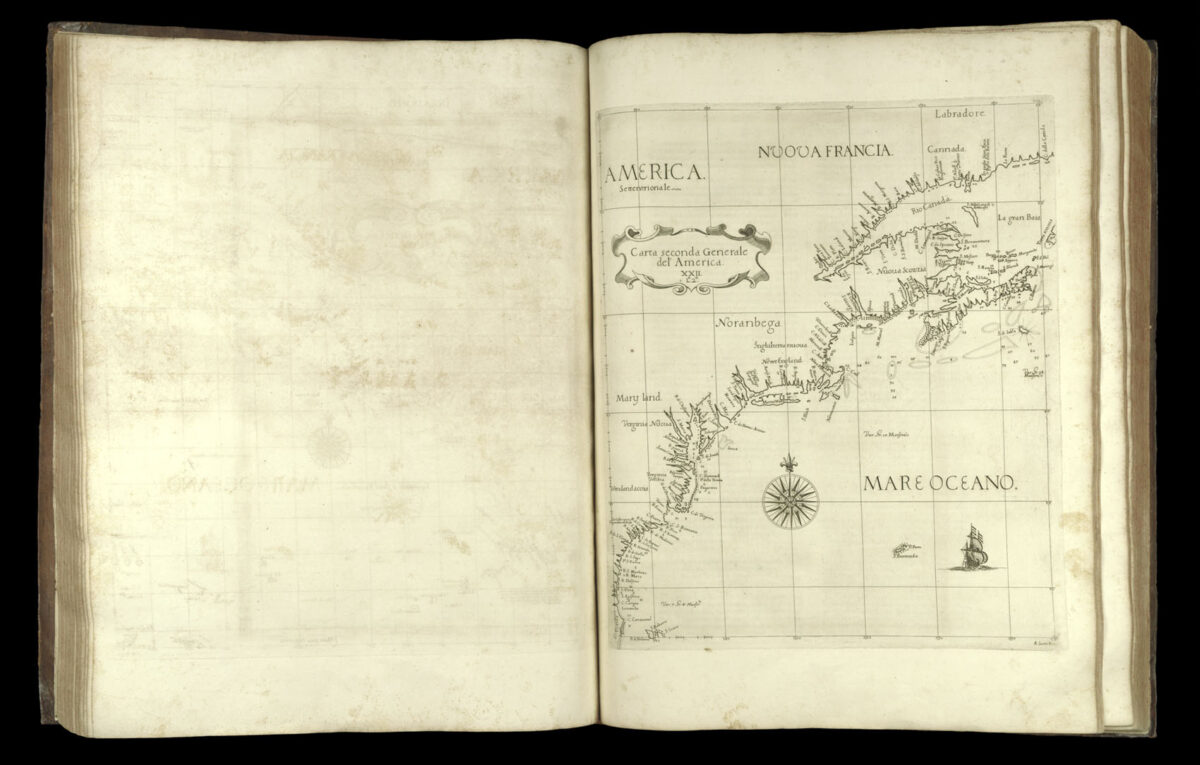 The map covers most of the east coast of North America from Florida up to Labrador in Canada. It is mainly taken from Dudley’s manuscript, and is the first printed sea chart of this coast by an Englishman, and the first with soundings. The area near New York, including the island of Manhattan in the mouth of the Hudson and Sandy Hook, is after Daniell’s 1639 chart. Virginia is shown after the maps of John Smith and John White. In the New York area there are no indications of Dutch occupation. The river Hudson is named after its discoverer instead of the Dutch Noort Rivier.