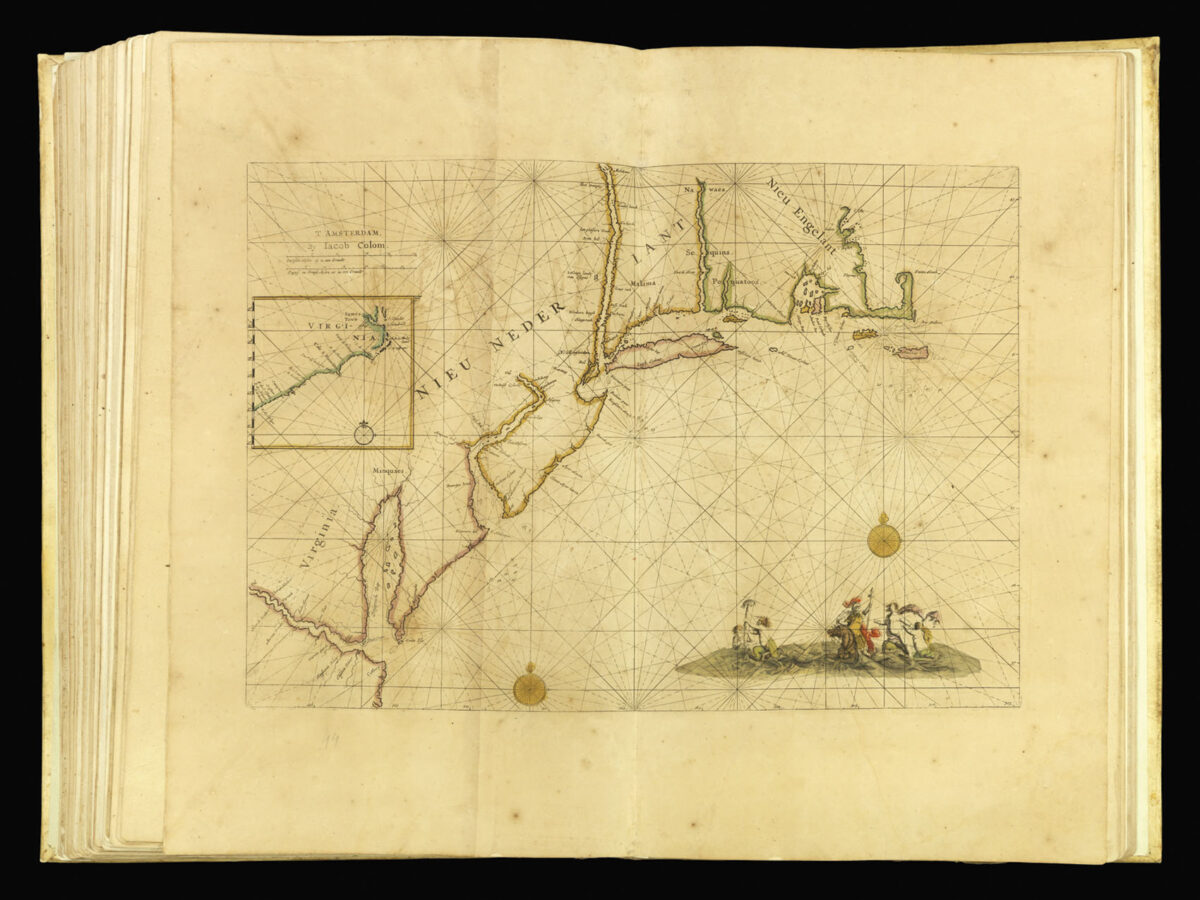 A chart of the east coast of America, with an inset map of Virginia. One of seven very rare charts of North America in the atlas, in particular this map, which ​“depicts the region at one of the most important stages of English colonial history”, as just a year later the English would capture New Amsterdam from the Dutch and rename it New York, an act that would cement ​“the English control over the area from Carolina to Massachusetts”.