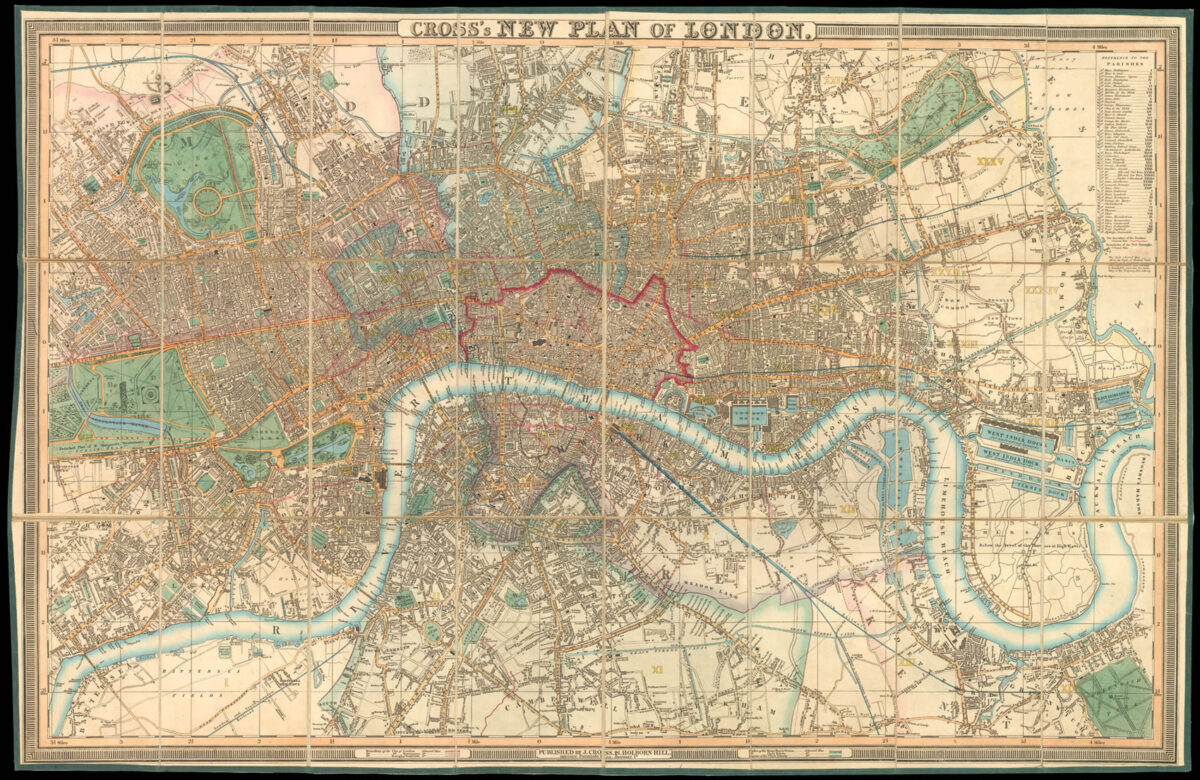 To the east of the City lies the newly opened Victoria Park, which would later in Victoria’s reign become know as ​“The People’s Park”. In Westminster the ground plan of Charles Barry’s neo-gothic Houses of Parliament can be seen; together with Isambard Kingdom Brunel’s new opened Hungerford Bridge.
Scale: 4 1/2 inches to 1 statute mile. 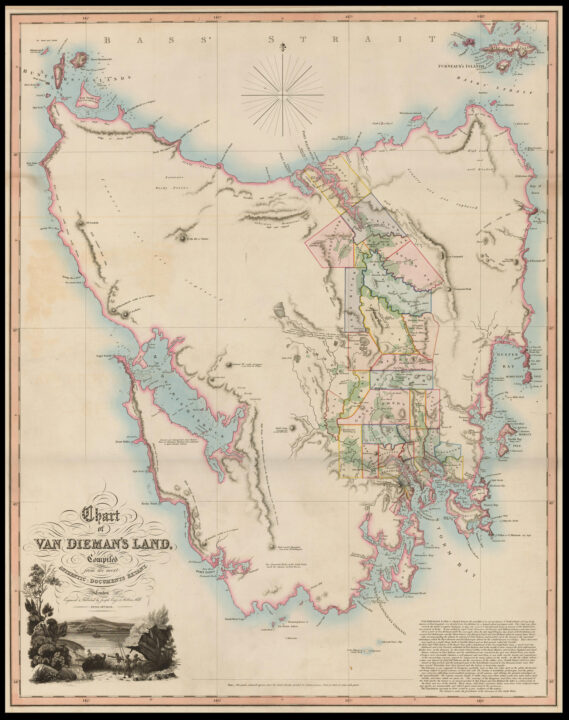 “… the beauty and the magnificence of the surrounding scenery, cannot be surpassed by many places, in the world …”