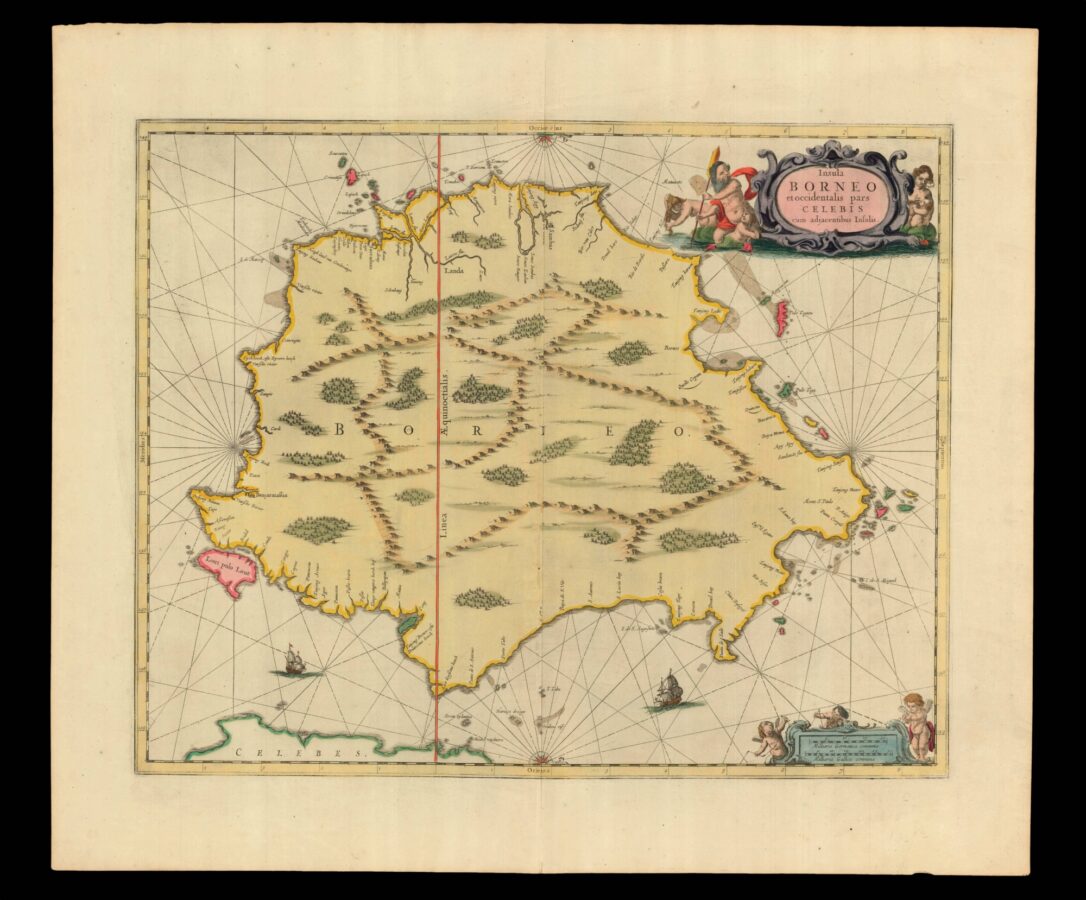 Map of Borneo and the surrounding seas oriented with west to the top, annotated with several trading centres. Over-ruled with almost invisible gridlines, ruled in blind, for copying.

First published in the 1657 edition of Janssonius’s sea-atlas of the world, ​‘Waterwereld’, volume five of his ​‘Novus Atlas’. The first, 1650 issue, includes a chart of the Indian Ocean, the Gulf of the Ganges, and the Pacific Ocean. An expanded edition, seven years later, included charts of Java, Sumatra, and Borneo, as here. The chart shows ​“some improvement in detail, in the island’s east coast (bottom), which remained blank on many maps of Southeast Asia still being published at the time” (Suarez).

Although Janssonius’s first independent work was an edition of Blaeu’s Licht der Zeervaert in 1620, he is first associated with the Mercator-Hondius atlas in 1633, when the French edition includes his name on the title-page. The Dutch editions of 1634, 1638 and 1647 were published by Janssonius alone; but the English edition, 1636, the Latin of 1638, were issued by both Janssonius and Hondius. After 1638 the name of the atlas changed to Atlas Novus…, and from 1649 Hondius’s name no longer appears on the title-page or preface. In time, Janssonius would add a fifth volume, the Atlas Maritimus, 1657, a significant sea-atlas; and eventually, a further five volumes including maps from every corner of the globe, by about one hundred credited authors and engravers. The final, eleventh volume, Andreas Cellarius’s celestial atlas, completed the Atlas Major in 1660. 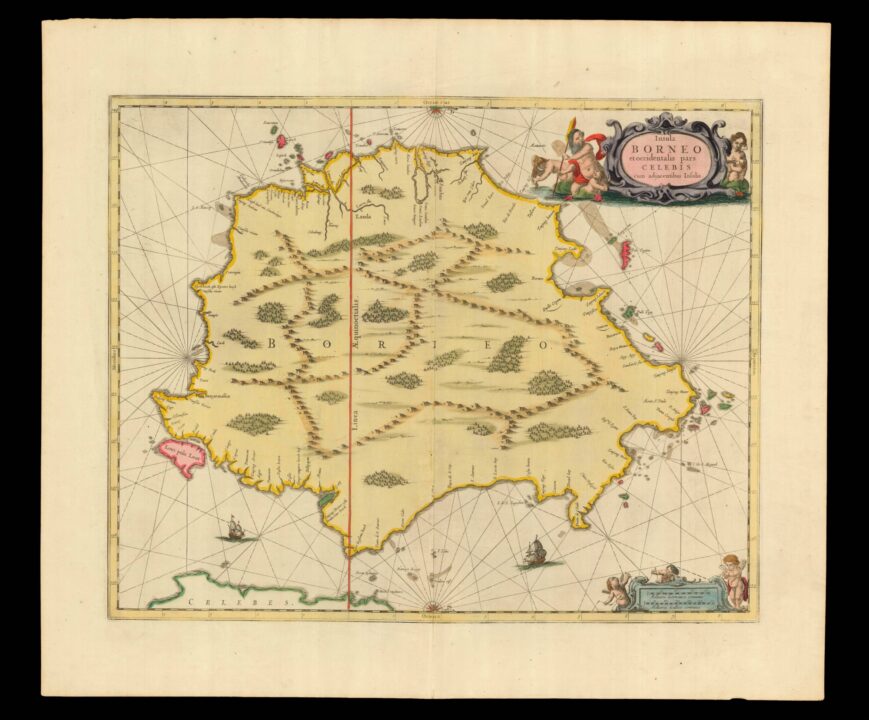