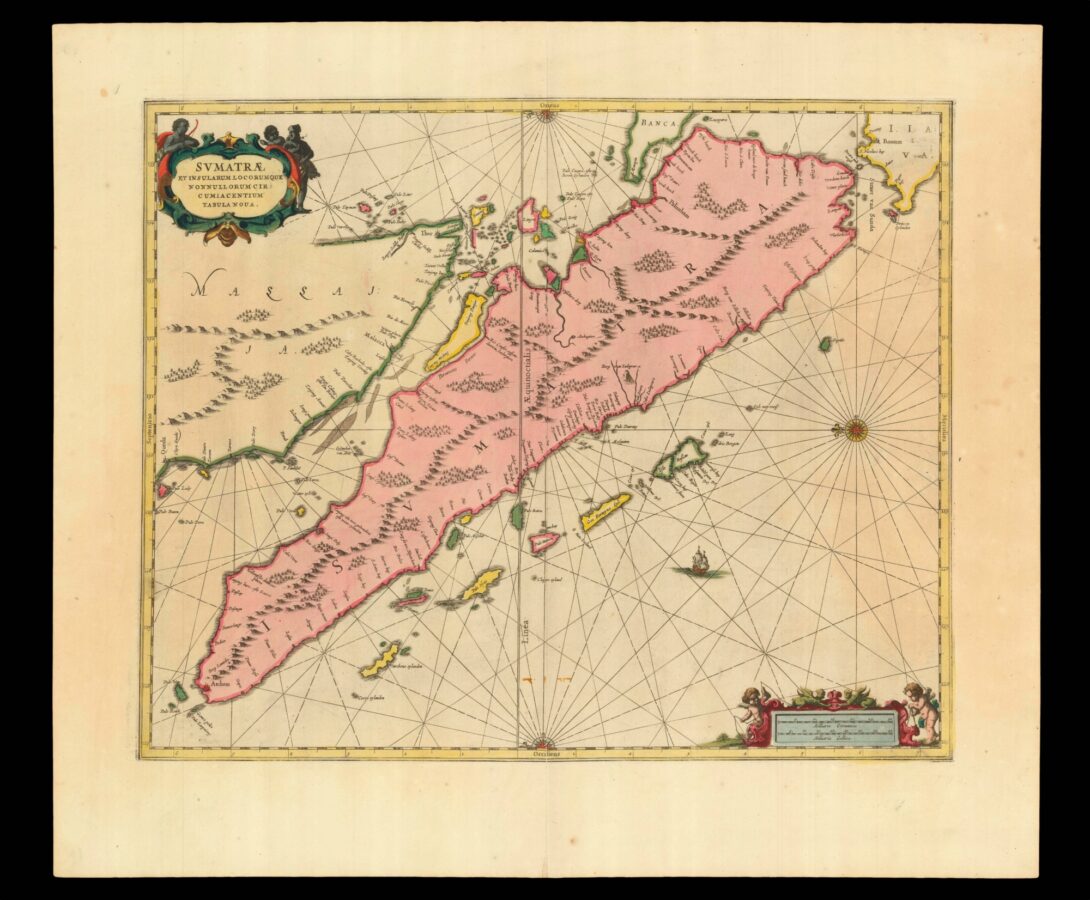 Early printed chart of the Malacca and Singapore Straits

This map of Sumatra ​“details the Malacca Strait, Singapore, and the western shores of the Malay Peninsula, at a moment when the VOC’s sights were particularly well focused on the region. The political intrigue, which often spanned the strait, was heightened when the Dutch seized Malacca from the Portuguese in 1644. The VOC already had markets in India and Europe for the vast reserves of tin found in Malaya, but the tin deposits were under the control of the north Sumatran sultanate of Aceh. In an attempt to secure the tin for themselves, the Dutch, in around 1650, entered into an alliance with Aceh’s perennial Malayan enemy, Johor, disrupting ports in north Sumatra and instigating the revolt of Aceh’s vassal states” (Suarez).

First published in the 1657 edition of Janssonius’s sea-atlas of the world, ​‘Waterwereld’, volume five of his ​‘Novus Atlas’. The first, 1650 issue, includes a chart of the Indian Ocean, the Gulf of the Ganges, and the Pacific Ocean. An expanded edition, seven years later, included charts of Java, Sumatra, as here, and Borneo. The chart shows ​“improvement in detail, but not in the island’s location, which is representative of the disparity between published Dutch charts and the knowledge of Dutch pilots… Jansson placed the westernmost tip of Java at 134 degrees east of the Cape Verde Islands, which is about 5 degrees further east than its true position, depending on precisely what point in the Cape Verdes was imagined as prime” (Suarez). 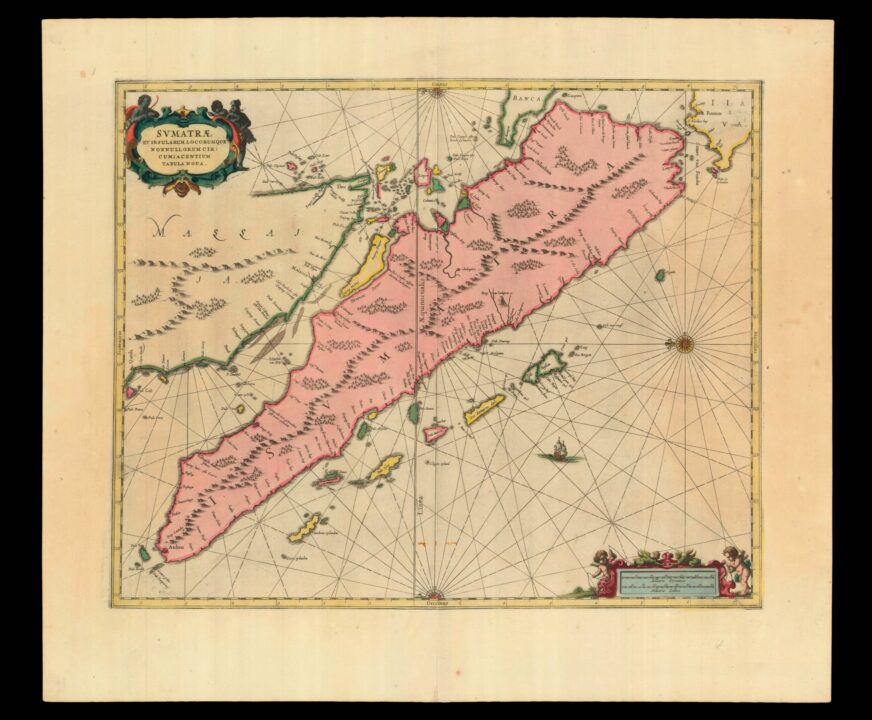