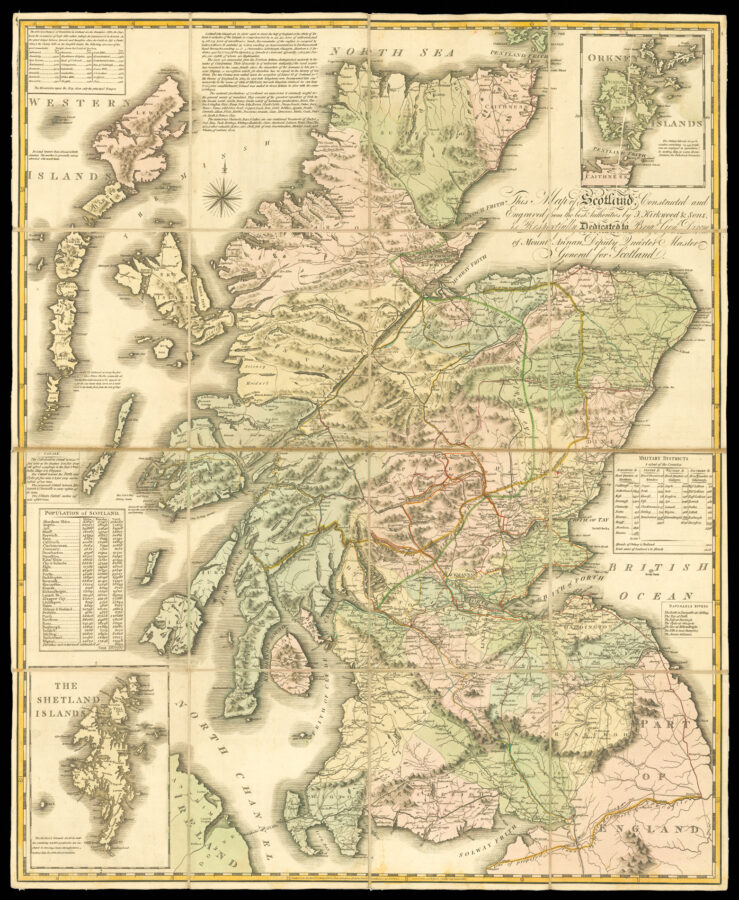 This Map of Scotland Cinstructed from the best Authorities by J. Kirkwood & Sons, is Respectfully Dedicated to Brgr. Genl. Dirom of Mount Annan

Kirkwood’s map of Scotland contains a huge amount of detailed information, including towns and villages, towns that return M.P.s, military roads, post roads and cross roads, and old roman roads. Several tables give information on population by parish, with the total number of inhabitants being 1.6 million; military districts; the heights of mounatin ranges, and a brief history of the country. To the verso of the map is a distance table, together with a list of mail and stage coaches from Edinburgh; ferries from Leith, Queensferry, Dundee, and Glasgow; and the itinerary of the routes of Thomas Pennant, Thomas Garnett, John Lettice, and Alexander Campbell, whose resective routes are marked upon the map in orange, red, green, and yellow.