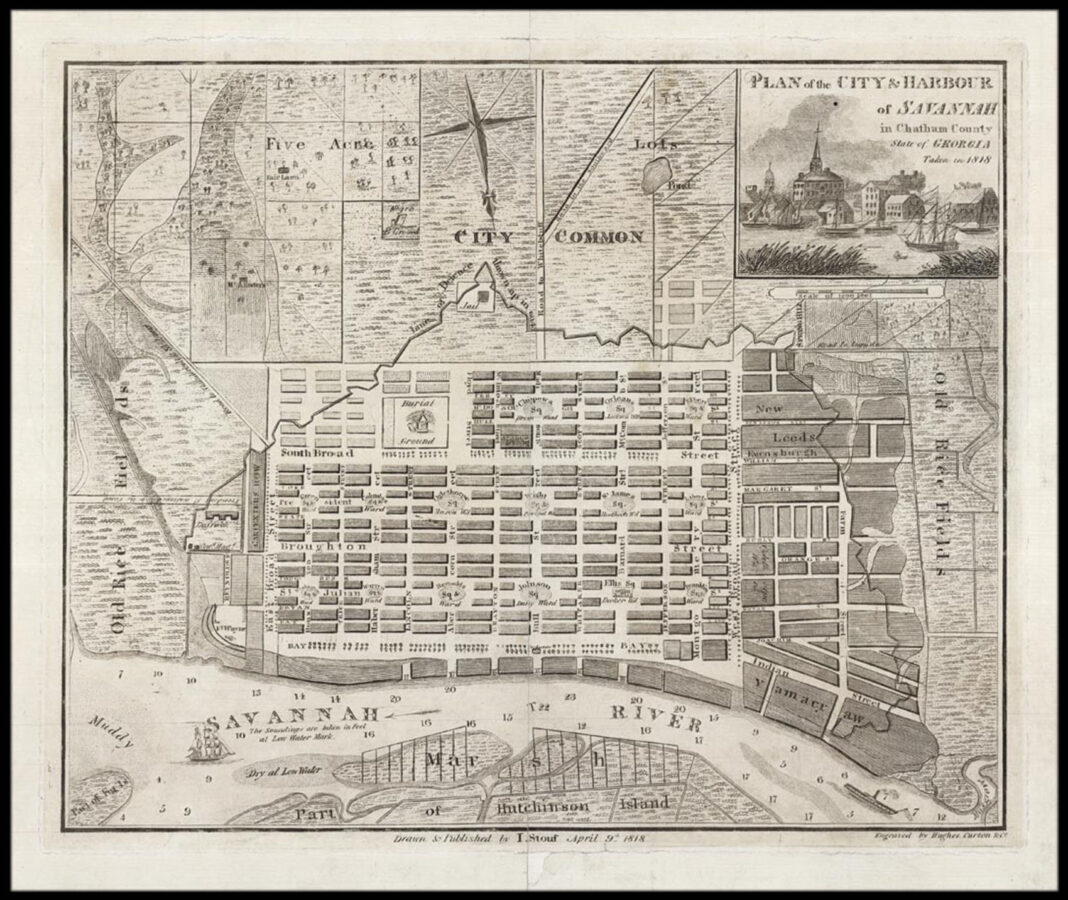 Plan of the City & Harbour of Savannah in Chatham County State of Georgia. Taken in 1818.

Stouf reportedly served as King’s engineer in Senegal and Santo Domingo. Emigrated to Savannah and was employed by the U.S. Government to conduct engineering studies concerning the building of fortifications to protect Savannah and St. Marys. There are several letters in the archive of the U.S. War Department dated 1795 and 1796 regarding payment for services from the government to Mr. Stouf, likely regarding fortifications project which are shown on this map. He also served as city surveyor for Savannah and county surveyor for Bethesda and Chatham Counties.